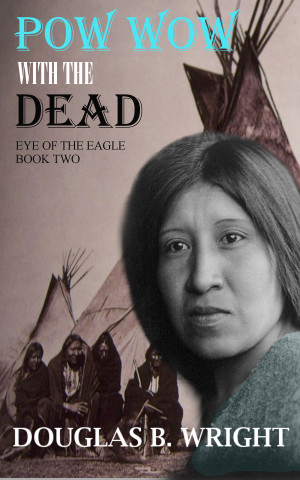 Pow Wow with the Dead: Eye of the Eagle - Book Two

Douglas Boyd Wright (1934-2009) was born and died in a small Utah town called Clawson. During his life he worked as an oil rigger, a heavy equipment and truck operator, a warehouseman, a nursing home administrator, a security guard, a trading post manager, an ore buster-upper, a newspaper editor, and a farmer, among other things. He finally retired from the workforce after having taught speech and English to junior highs kids.

Though reluctant to admit it, he might say his greatest contribution in life was having ten children with his wife Carolyn, spanning 1954 through 1976.

Doug loved American Indians. His years working on the Navajo reservation among a people he loved, were probably among his happiest.

Learn more about Douglas B. Wright

About the Series: Eote: Eye of the Eagle

This series begins with "Drum Up The Dead," and has it's exciting conclusion in "Pow Wow with the Dead." Eote, a modern half-Indian reared in the white man's world, is transported to another time and dimension, where through his experiences with several different American Indian tribes, he must decide the fate of the modern world.

Also in Series: Eote: Eye of the Eagle

You have subscribed to alerts for Douglas B. Wright.

You have been added to Douglas B. Wright's favorite list.

You can also sign-up to receive email notifications whenever Douglas B. Wright releases a new book.