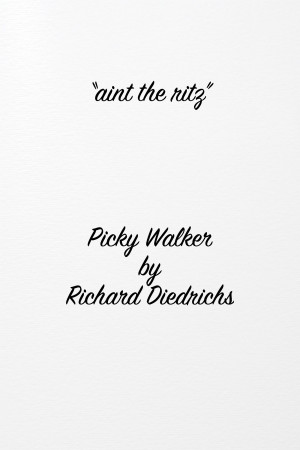 By Richard Diedrichs
Alan volunteers to attend to a mute old man with tongue cancer. Inspired by the loss of his sister to leukemia, Alan vows to give Picky Walker comfort and consolation. Discouraged by the bleakness of Picky's life and alarmed by the news that Picky is an ex-con, Alan struggles to find compassion. His ambivalence leads to devastating feelings of not being there for Picky.
Download: epub mobi (Kindle) pdf more Online Reader
lrf pdb txt
Price: Free! USD
Add to Library
Create Widget
Tags: fiction literary story literary story
About Richard Diedrichs

Richard Diedrichs grew up in Los Angeles. He edited travel and health magazines in Seattle, worked as an editor at the schools of Engineering and Public Health at the University of California, Berkeley, and then taught Fourth and Fifth grades and Kindergarten in public elementary schools in the San Francisco Bay Area. Richard has published novels, short stories, nonfiction and essays. He lives on the south central California coast. 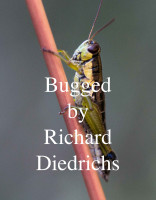 You have subscribed to alerts for Richard Diedrichs.

You have been added to Richard Diedrichs's favorite list.

You can also sign-up to receive email notifications whenever Richard Diedrichs releases a new book.