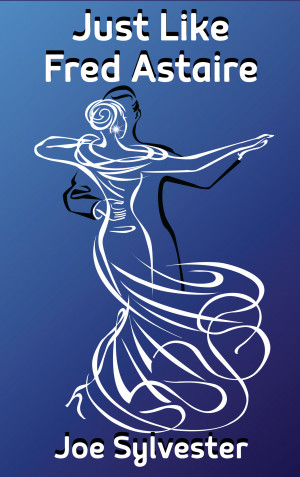 Johnny knows his son means well, but ol' Johnny can take care of himself. He's only had a few fender benders and they weren't even his fault. And Michael should stop telling him who to be friends with ‒ those young girls weren’t taking advantage of him or involving him in selling drugs. Michael just needs to worry about his own family.

But Michael is in the middle of the generation sandwich ‒ worried about his family, his kids and their problems in school, his struggling business, and his dad, who likely will wipe out entire families with his car, if he doesn't go to jail first from hanging around that Cindi and Maria or burn down his apartment.

Still, Johnny keeps dancing with the ladies, teaching everyone something along the way, even if he is not always in perfect step.

Joe Sylvester has been a newspaper reporter and editor in Northeastern and Central Pennsylvania for more than thirty years. He also has published satire in newspapers and magazines.
Earlier in life, he supported himself laboring in factories, driving taxi and working in the gas station and food service industries.
A native of Dunmore, Pa., near Scranton, Joe lived for a brief time in Houston, Texas, but later returned to Pennsylvania and settled in Bloomsburg.
Just Like Fred Astaire is his first published novel.

You have subscribed to alerts for Joe Sylvester.

You have been added to Joe Sylvester's favorite list.

You can also sign-up to receive email notifications whenever Joe Sylvester releases a new book.