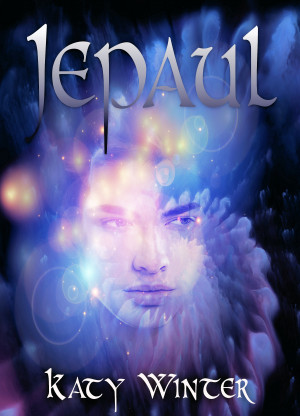 By Katy Winter
Rated 4.75/5 based on 4 reviews
Who is this child called Jepaul and why are his looks so different? Was his being found simply chance, or fate? He has to face ordeals of fire, water, earth and air, but he can’t do it alone. He has powerful allies in the form of the Elementals of the world called Shalah. All bring him closer to the frightening truth of who he really is and the knowledge that the fate of a world depends on him. More
Shalah – a world inhabited by a race once possessed of advanced technologies. Aeons ago, although watched over by benevolent guardian entities, Shalah fell under the onset of malevolent powers. The planet decended into barbarism, the inhabitants’ technologies falling into disuse as knowledge was lost; the guardians’ mental talents were inadequate to stem the influence of malign beings bent on conquest and destruction.
Born on Shalah, an abandoned boy with unusual looks, is given life and one chance to face his destiny. Jepaul endures ordeals of air, fire, water and earth, for only he can bring his world back from the brink of the abyss.

Having graduated from university, Katy Winter qualified as a teacher. Much of her subsequent career was spent teaching English Literature and History. She also taught night classes of tertiary students Classical Studies – the study of ancient Greek and Roman History, Art, and Literature. This love of the Ancient world was the spring-board which prompted her to turn her attention from teaching to writing. Katy spent nearly two years creating her epic work, the seven book “Ambrosian Chronicles”, publishing them between 2013 and 2015. They were followed, in 2017, by “Jepaul” and by “Sephone” in 2018.

What a fantastic read....long enough to satisfy my insatiable reading appetite and its free. An exciting adventure story that build on comradeship and fantasy creatures. You will not regret reading this.

Excellent follow up novel to Katy Winters Ambrosian Chronicles. Although not the same Ämbrosian world, there are similarities and the writing style and skill are still outstanding. You will not be reading churned out pulp with Katy Winter, the depth of detail and character development are of a quality rarely encountered in the cluttered genre of fantasy and science fiction.

I was recently given a copy of “Jepaul”, a new title by Katy Winter, the talented creator of the seven volume “Ambrosian Chronicles”. When a writer has put in the enormous amount of time and effort in creating a new world, often complete with hitherto unknown beings and even entire languages – Tolkein’s Elvish, or Star Trek’s Klingon to name but two – then the temptation is for them to continue to use the universe already created. This can work well and has been a particularly successful approach in Science Fiction. The works of Robert Heinlein, Poul Anderson, Ursula K Le Guin and Anne McCaffrey spring to mind. However, in this latest offering from Katy Winter, we have a new world with new protagonists, similar in some respects to those of “The Ambrosian Chronicles”, but fresh and original. “Jepaul” of the title is an intriguing individual who evolves, literally, as the story unfolds,

In “Jepaul”, the author has moved a little closer to Science Fiction and away from Fantasy – but not too far. She has had to build her world and develop her characters and story-line in far fewer pages than the “Chronicles”. This has meant moving the narrative along at a fast pace, plus using a simpler frame-work in which to develop the plot. It doesn’t mean the book is less well written than the “Chronicles”, but it means it will appeal to readers who prefer a single-volume story. What is it about? Well, read it to find out. I don’t want to give too much away, but “dystopian” pretty accurately places it in the genre. Definitely worth a look. Highly recommended.