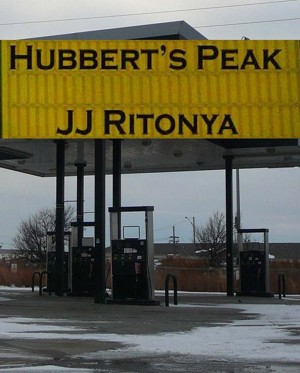 James Campbell has lived 3 lives. His 1st life occurred when things were normal. Gas was abundant in the U.S. and the American Way of Life was intact. His 2nd life was during the Oil Wars. James joined the local army in hopes of providing shelter for his family. His 3rd life occurs in the aftermath. In a journey across a dangerous wasteland, James discovers something he thought he lost forever.

JJ Ritonya is a self published author with two titles to his name and another soon to be released. Sunset, an apocalyptic zombie tale was published in November of 2008. Hubbert's Peak, a novel taking place in the post Oil-War era in the desolate wastelands formerly known as the United States was published in April of 2009.
JJ Ritonya is a native of Omaha, NE where he currently resides with his wife and two daughters.
Visit the official website of JJ Ritonya at www.jjritonya.com

You have subscribed to alerts for JJ Ritonya.

You have been added to JJ Ritonya's favorite list.

You can also sign-up to receive email notifications whenever JJ Ritonya releases a new book.