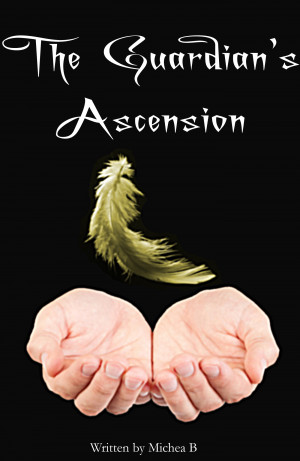 By Michea B
Rated 5.00/5 based on 1 review
Hunted to near extinction by their own races and the Mundanes, hybrids are forced to hide who they are in order to survive. As a negotiator, Mekana is forced to choose between protecting herself and those she loves, or establishing peace among the races before she is discovered for her tainted blood. More
Everyone tells you to just be yourself. So what are you supposed to do when being yourself will result in a death sentence?

In a world where secret societies seek to hunt down and destroy the supernatural races, one would think that being part of two races would be a boon. A hybrid could reach between the warring races and negotiate peace and unity needed to defend against the societies bent on their extinction.

Seeking to find a balance between the two races coursing through her body, Mekana must make the dangerous choice between hiding her true self and staying with those she loves, or accepting who she is and risking execution by the very people she is fighting for.
Available ebook formats: epub mobi pdf lrf pdb txt html
Price: $4.99 USD
Buy Add to Library Give as a Gift
How gifting works
Create Widget
Tags: vampires angels magic true love dragons werewolf demons good vs evil mage secret society
About Michea B

Michea is an English major who hails Southern Oregon, along with his husband and three daughters. Joining him and his family on their adventure through life are two black cats that are convinced they are the living incarnation of ancient gods.

Michea graduated from seminary with a Masters of Divinity in 2013, and received his Associate of the Arts Degree in the fall of 2015. He is currently studying at Portland State with the hope of completing his Bachelors by 2020.

On November 30th of 2013, he took 2 state records and two gold medals for Powerlifting; proving that one can have brains AND strength.

Michea began writing as a way to rebel against his ninth grade teacher when she told him he couldn't take an AP literature class due to his poor writing scores on standardized tests. He first started writing fan fiction (which can be found at the sites below), slowly moving on to original works and poetry. He wrote two stories, "Memory of Prophecy" and "Memory's Darkness" as a way to create an escape from an abusive marriage. While they were finished novels, he never felt that they were worth publishing outside of self publishing so that he could own a hard copy of his own stories to remind him of what he went through to escape his abuser.

Michea started writing again in late 2015 as a form of therapy due to his mental health issues. Thanks to the support of friends and family he finished "The Guardian's Ascension" in August of 2016.

Reviews of The Guardian's Ascension by Michea B

It's a really well written and thought out book. I liked it! I hope there is a sequel coming soon cut I have to know what happens next!

You have subscribed to Smashwords Alerts new release notifications for Michea B.

You have been added to Michea B's favorite list.

You can also sign-up to receive email notifications whenever Michea B releases a new book.