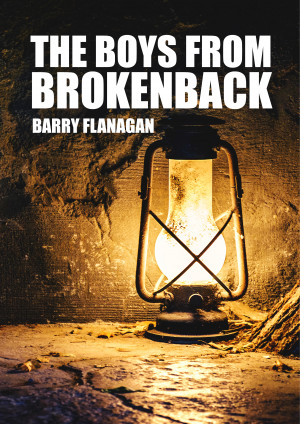 Roger Scott is a young growing boy itching to follow his father into the mines, but fate intervenes forcing him to take the role of the breadwinner in the family and look after his mother and sisters before going underground. There’s Danny McQueen as a ten-year-old, who, along with his older siblings, demonstrated against the given rights of a company to mine coal in their own back yard. Rimfire Jones was a crack-shot on his father’s farm keeping the kangaroos and foxes under control. The mining industry welcomed him and, later, so did the war. There are other stories of men working underground - like Cliffy and Charlie: Cliffy had a good luck charm – a seven pound hammer. There’s the belt hand who didn’t like locomotive drivers; and an outsider, a union man from a government mine whose employees were out on strike. He was at Brokenback addressing a generous mine crew - as he called them - eager to pass around the hat and top-up the strike fund for his union members. There are humorous stories of the bricklayers: Whisper and Kendall; of ex-army Sergeant Harry Truman – now a deputy at the mine – and the tale of Dick Mason and his loveable greyhound, Molluballoy. Crib room discussions are frequent; some that couldn’t be repeated anywhere else but the underground.

Barry Flanagan was born in the coalmining town of Cessnock, located in the Hunter Valley of New South Wales, Australia. Having completed his schooling he worked in the industrial city of Newcastle before forging a career in the Defence Forces with the Royal Australian Air Force (RAAF).

After six years maintaining and servicing the French built, Mirage III supersonic aircraft - including two of those years in Singapore and Malaya - he opted for a new career in the underground coal mining industry. He worked at a number of mines, each one forced to close because of depleted resources. From there he worked as a training consultant for the mining industry in electrical and Occupational Health & Safety followed by a period with a successful engineering company before retiring.

With his partner, Barbara, he now lives in the Macarthur region of New South Wales, an hour’s drive south-west of Sydney.

You have subscribed to alerts for Barry Flanagan.

You have been added to Barry Flanagan's favorite list.

You can also sign-up to receive email notifications whenever Barry Flanagan releases a new book.