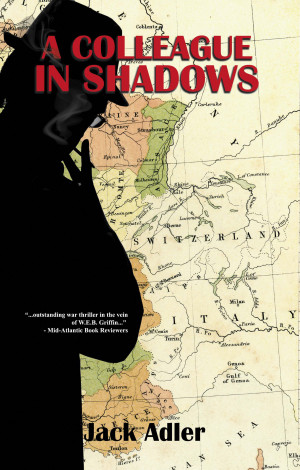 A Colleague in Shadows

By Jack Adler
Rated 4.00/5 based on 1 reviews
Espionage and political conspiracy leads to crime and possibly treason. More
Kirk Johnson, a young American academic, comes to 1914 Europe at the outbreak of World War One as assistant to Colonel Edward House, the infamous special emissary sent by President Woodrow Wilson to stop the war. His path leads from idealism to disillusionment with American and European leaders and their policies. His love affair with Lisette Giroux, a French woman who works for the French Army, captures a fine line of conflicting loyalties..

Johnson’s travels take him from Paris to London, Berlin, and Petrograd with adventures in each capital. He becomes involved in various assignments about armaments, morale among the combatants, ethnic groups in Europe and around the world, and refugees. With the latter assignment he works with Herbert Hoover, a man he believes is slated to become President of the United States.

Kirk is subjected to a crude blackmail attempt, while a secret journal he keeps becomes all too public. Will it destroy his career? 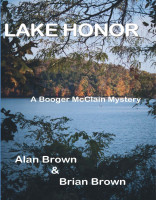 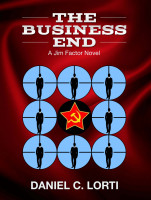 Young Kirk was not a diplomat, but he found himself rubbing shoulders with some of the most influential statesmen during the years prior to the United States entering World War I. Fresh out of college, this neophyte from Michigan is the assistant to the unofficial spokesman for President Wilson. Based in Paris, Kirk is sent to gather intel in London, Petrograd, and Berlin. Perhaps it’s because he is such a callow youth that he is able to disarm some of the most prominent figures in the Great War. He also disarms some young ladies.

Jack Adler’s A Colleague in the Shadows tells the how and why of the run-up to America entering the war. It recounts Wilson’s stubborn push for ‘Peace Without Victory’ and the resistance his plan encountered in European courts. The United States dawdled for three years, enduring shipping loses at the hands of U-boats, and unrelenting pressure from allies to send American troops to France. Mr. Adler tells this story from an innocuous viewpoint. Kirk Johnson is a reluctant participant in global affairs, but he handles his tasks with aplomb. This story is remarkable in how it places an unremarkable character into such momentous events. It is well told, and the characters well developed. A Colleague in the Shadows is an entertaining way to revisit some history.

This book has some issues that I would be remiss not to mention. I have corresponded with the author, and he has told me that he has no control over the publisher who failed to correct numerous glaring errors. I make this disclaimer with Mr. Adler’s permission. It is a great book, sadly, it has been published by a poor publisher. I hope that you can enjoy it while overlooking the typos.

You have subscribed to alerts for Jack Adler.

You have been added to Jack Adler's favorite list.

You can also sign-up to receive email notifications whenever Jack Adler releases a new book.