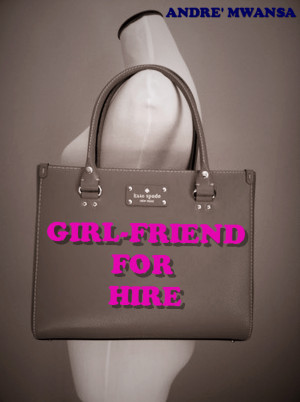 By Andre' Mwansa
Rated 4.67/5 based on 6 reviews
Marcus parents are in town. His father wants to see his girlfriend and the so said wife to be. But What can he do if he doesn't have one? He decides on hiring one, what could go wrong?
Download: epub mobi (Kindle) pdf more Online Reader
lrf pdb txt
Price: Free! USD
Add to Library
Create Widget
Tags: fiction romance comedy humour crazy girlfriend skateboarding grandchildren bedroom romcom
About Andre' Mwansa

An avid reader. Lives in Lusaka, Zambia. Love cats and writes short stories from time to time. You can contact him at andremwansa7@gmail.com

Andre', writes for pleasure. His and yours.

About the Series: I'm A Virgin

A short series, that follows through a man struggling to find a date and lose his virginity.

Also in Series: I'm A Virgin 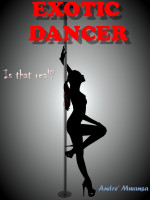 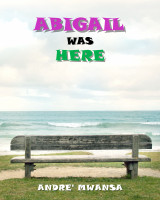 Very funny, reminded me of an old episode from FRIENDS.

Poor Marcus. He's like Tula from My Big Fat Greek Wedding. Except his parents apparently don't care who he marries/sleeps with/impregnates as long as he does it now. Marcus's tragically funny situation gave me a perverse desire to keep reading even though the dialogue was only okay.

Nikita, the girl he hires, is kind of cool. She's a smart ass to Marcus, but she impresses the crap out of his parents and is willing to play the part to the best of her ability. Until backstory is uploaded into her memory all of a sudden.

’You do have a nice crazy family Marcus,’’ she said ‘’It just reminds me of one I never had you hear? I grew up with no dad to read me bedtime stories, or mom to tell me what to do when I had reached my pubescence…..but you…..’’

There is absolutely no sign before now that anything was bothering her. She was perfectly happy playing along, without a hint of longing, sadness, envy, or anything except sarcastic indifference. This attempt at developing her character is all in the name of comedic catastrophe, but I would have loved to see more of this in the parts leading up to it.

Marcus's parents are exceptionally insane. This story is only a little over 1,000 words, but in that time his father demanded to know why Marcus hadn't impregnated Nikkita yet (after meeting her an hour ago), told Marcus he was probably shooting blanks, and broke his leg from falling off a skateboard after trying to prove he wasn't that old to some smart-mouth kids.

The mother is the saner of the two. Or so I thought. In general she's politer than her husband, more reserved and keeps him in check. She shows her true colors when she is reminiscing over Marcus's baby photos with Nikita and Marcus.

‘’I can still remember the smell of you in those diapers, the feeling of you sucking at my tits.’’

Later she asked Nikita to sleep with her son, even after Nikita said she was done playing Marcus's girlfriend.

Honestly, if I was Nikita and I was actually dating Marcus, I would have moved to China before getting those two for in-laws.

This story is one of many in the free series "I'm a Virgin" on Smashwords, which features Marcus on his quest to find love, placate his parents, and finally lose his virginity. I haven't read any of the other stories, but even though this story wasn't particularly well written and certainly not well edited, I have a strong and perverse desire to read the others in the series.

Great story, starts out funny and ends funny. How I would love to meet such a family.

Poor Marcus. Someday his luck just has to change, only that would mean the end of the series.

You have subscribed to alerts for Andre&#039; Mwansa.

You have been added to Andre&#039; Mwansa's favorite list.

You can also sign-up to receive email notifications whenever Andre&#039; Mwansa releases a new book.