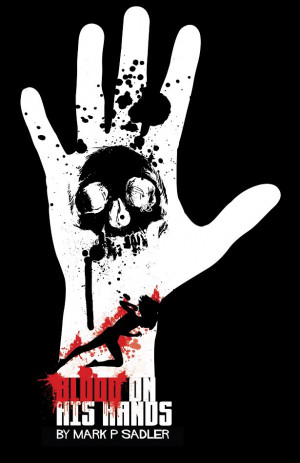 Blood on His Hands

Michael Renton's life seemed to end the moment he pulled the trigger sending his unfaithful wife and her lover into oblivion. On the lam, his journey takes him from rural Oklahoma to the glitz of Las Vegas to northern Georgia on to the Appalachian Trail. More
Blood on His Hands is one man’s tale of the inner struggles that we all deal with in our lives. Mike Renton struggles between doing the right thing or doing that which will benefit himself; taking the road to righteousness or the one the one leads to deceit.

His life seems to end the moment he pulled the trigger sending his unfaithful wife and her lover into oblivion.

On the lam, his journey takes him from rural Oklahoma to the glitz of Las Vegas. He had not, however, anticipated the determined tenacity of private investigator Ian Walker, who tracks him down to northern Georgia on to the Appalachian Trail just outside of the sleepy hamlet of Helen. Was the path chosen by both men the trail to redemption, forgiveness and repentance, or was it one that will eventually pull them into tempest and despair; a black hole into oblivion?

Nine months later, in the spring of the following year, human remains are discovered by a hiker just off the Appalachian Trail. How will the decisions made by the White County coroner’s office affect the final outcome of the journey Mike Renton started when he killed his wife and will he be able to deal with the repercussions that come along with the choices he made? Blood on His Hands leads us from wanton despair to the promise of a new life no matter the cost
Available ebook formats: epub mobi pdf lrf pdb txt html
First 20% Sample: epub mobi (Kindle) lrf more Online Reader
pdb
Price: $2.99 USD
Buy Add to Library Give as a Gift
How gifting works
Create Widget
Tags: las vegas new zealand hiking private investigator oklahoma appalachian trail bear attack oil wells murder and sex volksmarching
About Mark P Sadler

Growing up in England gave Sadler a different perspective on life in America, but he assimilated quickly. He attended college in Big Sandy, TX, as a journalism major, in 1975 and then spent eighteen years in Oklahoma City writing for the OKC Sports Fan Forum, and then occasionally free-lancing articles for newspapers in Oklahoma and Arizona.
Sadler fed his yen to be a writer while working primarily in the debt-collection field. After a divorce he ended up on a mind-clearing hike on the Appalachian Trail which spawned the idea for “Blood on His Hands”, a novel that follows an Oklahoma rough-neck on a wild chase leading to a face-off on the Appalachian Trail in Georgia.
Sadler now resides in Tucson, AZ where he is currently working on a series of police thrillers featuring his new character, Nate Duarte, a detective in the Sex Crimes Division of the Tucson Police Department.

Reviews of Blood on His Hands by Mark P Sadler

You have subscribed to alerts for Mark P Sadler.

You have been added to Mark P Sadler's favorite list.

You can also sign-up to receive email notifications whenever Mark P Sadler releases a new book.