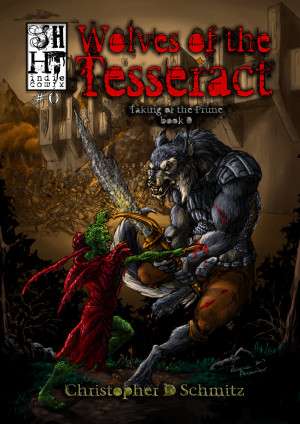 Wolves of the Tesseract: The Taking of the Prime

About the Series: Wolves of the Tesseract

The world is more than it seems. Werewolves, dopplegangers, powerful crystals, and sorcerers. At the center of it all: a royal family doing war through the eons against the nega-god--the ravenous Sh'logath!

Also in Series: Wolves of the Tesseract

Reviews of Wolves of the Tesseract: The Taking of the Prime by Christopher D Schmitz