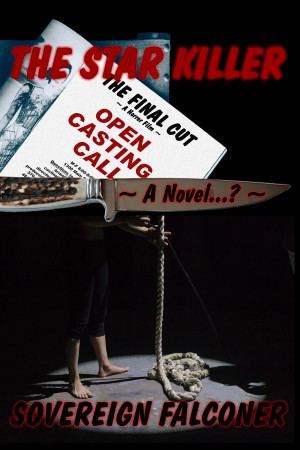 By Craig Strete
The actors complain the script sounds too real: "A homicidal film director who kills all the actors who audition for him." More
"Ted, this is Sam Watson in Legal. We are a little bit troubled by an ad you are running in this week's BACKSTAGE."
"Complaints from the Screen Actor's Guild?"
"Complaints from a number of actors themselves. As individuals. At least six, no seven so far," offered Watson.
"What sort of complaints? The ad's only been out three days."
"Apparently, the ad directs them to read samples of the script on a web page for a movie called FINAL CUT. The actors who've read the samples are the ones who are calling."
"Why?"
"At first, we thought it was a joke. So we logged onto the web site to see what all the fuss was about. There was a brief description of the film's premise. The log line is it's a homicidal film director who kills all the actors who audition for him. The actors who called us were complaining that the script sounded too real!"
"You've got to be kidding!"
"Hey, we're legal. We don't know how to tell jokes over here."
~~~

Based in part on assorted facts. Anyone interested in the back story can find back issues of BACKSTAGE EAST with the original ad for the auditions for the movie THE FINAL CUT. No doubt there
are many actors in the New York and New Jersey area who survived their auditions for the actual film THE FINAL CUT who can recount their experiences in actual auditions for that film.
No claims are made as to the whereabouts of Sovereign Falconer.
Available ebook formats: epub mobi pdf lrf pdb txt html
First 10% Sample: epub mobi (Kindle) lrf more Online Reader
pdb
Price: $3.99 USD
Buy Add to Library Give as a Gift
How gifting works
Create Widget
Tags: horror murder acting film auditions mayhem
About Craig Strete

You have subscribed to alerts for Craig Strete.