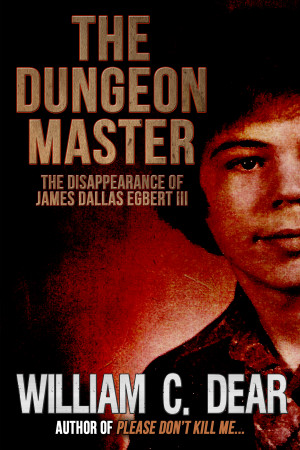 The Dungeon Master: The Disappearance of James Dallas Egbert III

When the police search came to a dead end, the Egbert family called in one of the most colorful private investigators of our era, William Dear, of Dallas, who is a kind of real-life James Bond. Dear's search for the boy reads like a sensational novel—but every detail is true. Dear crawled through baking-hot tunnels, flew over the campus in a helicopter, and called into play every intuition he could muster. He realized that he must out-play and "out-psych" the brilliant, game-playing mind of Dallas Egbert.

In the end, he did. The story of the tortuous search, the discovery of the boy, his return to his parents—and the final tragedy—is told here for the first time.

This is the story of a generation, not just the story of Dallas Egbert alone; and anybody who has known a game-playing, computer-age adolescent will recognize some of the possibilities for genius, and for danger.

You have subscribed to alerts for William C. Dear.

You have been added to William C. Dear's favorite list.

You can also sign-up to receive email notifications whenever William C. Dear releases a new book.