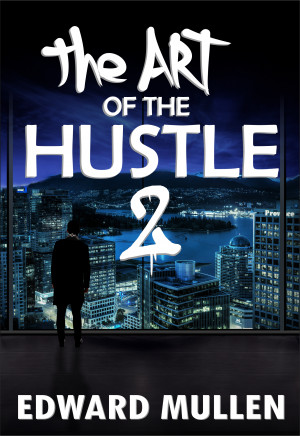 The Art of the Hustle 2

By Edward Mullen
Equipped with a new perspective and lease on life, billionaire prodigy Trevor Morrison returns to his roots to take on the greatest challenge he has yet to face. More
When you’re on top, there's always someone wanting to bring you down.

The meteoric rise of Unity Inc. catapulted Trevor Morrison into a stratosphere of success few ever achieve. Now as the name and face of a global empire, Trevor was receiving a lot of attention and praise for creating one of the largest financial tech companies in the world. For the first time, he was financially free, free to pursue his passions, and passionate about the woman of his dreams. He felt as though he was on top of the world and finally the master of his destiny.

However, the higher a person climbs, the harder they tend to fall. After experiencing a sudden and unexpected setback, Trevor once again hit rock bottom. Amid his misfortune, he inadvertently stumbles upon an alternative path to success as he questions his life's purpose and the true meaning of happiness.

Equipped with a new perspective and lease on life, he returns to his roots to take on the greatest challenge he has yet to face.

Edward Mullen is an author, blogger, and podcaster from Vancouver, Canada who is perhaps best known for his debut novel, THE ART OF THE HUSTLE and his techno-thriller series PRODIGY.

Born and raised in beautiful British Columbia, Edward developed a love for the wilderness. This love, combined with an innate curiosity about all things, eventually spawned a healthy imagination for storytelling. He continued to follow his natural passion all the way through to university. Despite spending a lot of his time indoors writing, Edward continues to enjoy the outdoors. He is an avid tennis player, mountain biker, snowboarder, runner, and traveller.

You have subscribed to alerts for Edward Mullen.

You have been added to Edward Mullen's favorite list.

You can also sign-up to receive email notifications whenever Edward Mullen releases a new book.