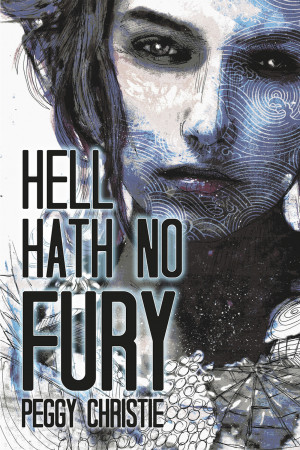 By Peggy Christie
A collection of short fiction by horror author Peggy Christie. More
Ever wonder how you might handle a sabbatical from work? Think the bible told you everything there is to know about the Devil? What if the noises coming from under your child’s bed weren’t just in his imagination?

Crack open Hell Hath No Fury, a collection of 21 tales of horror and dark fiction, to learn the answers to these questions. Discover stories of psychotic delusions, ghosts, a murder victim’s revenge, and a family brought closer together through torture.

I'm an author of horror and dark fiction. It's probably been the cheapest and most fulfilling form of therapy ever, especially since my first story involved a secretary (which I was at the time) killing her jerk of a boss (which I had at the time) but only after he'd accidentally murdered her and covered it up (which, obviously, he never did...or did he?)

I've been married to a wonderful man for 23 years and we are the proud parents of an adorable Pittie named Dozer.

You have subscribed to alerts for Peggy Christie.

You have been added to Peggy Christie's favorite list.

You can also sign-up to receive email notifications whenever Peggy Christie releases a new book.