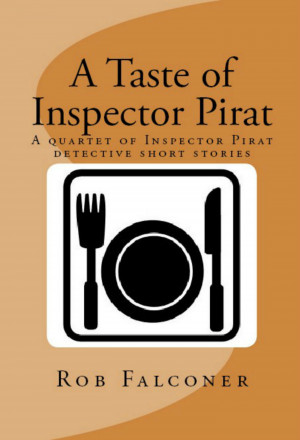 A Taste of Inspector Pirat

These have now been rewritten and their settings “Anglicised” for publication in English.

Rob Falconer was born in Cardiff, the capital of Wales, far too long ago for him to remember the actual date. At present, he is still alive, but he checks the Times obituary every morning to make sure. Having gained a degree in psychology from Cardiff University, he passed his first interview with flying colours, and joined the family coach business “for a while” (actually nine years). A history of the company can be found at robertfalconer.co.uk.

He later became a computer programmer, before he and his job parted company in 2001. He has since written a number of short stories, and won competitions with The Times, International Mensa (he is a member) and the South Wales Echo. He has had a number of children’s poems published in various anthologies :

He has also written for comedy shows on both BBC and ITV.

His first book, “The Return of Inspector Pirat: His First Book” (yes, I know, but you’ll understand when you’ve read the book), came about because he often couldn’t sleep, and amused himself by thinking up puzzles, which he then put into print. So, blame insomnia. Many of the stories are based around locations he has visited, such as a gîte in the Loire, on which “Truck Stop” is based (he has difficulty in sleeping abroad too).

His second book, “Pirat’s Early Cases” was published in paperback and Kindle versions in late April 2016.

His interests include pétanque, the cinema (but not necessarily modern cinema), crosswords and problem-solving, history, and reading detective fiction. His favourite detective author is Edmund Crispin, some of whose puzzles are truly ingenious, but laced with plenty of (often literary) humour.

He lives in Penarth, South Wales. 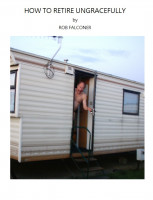 Reviews of A Taste of Inspector Pirat by Rob Falconer

As a lover of Deductive Detective stories I really enjoyed this. Written well with each story being different.

You have subscribed to Smashwords Alerts new release notifications for Rob Falconer.

You have been added to Rob Falconer's favorite list.

You can also sign-up to receive email notifications whenever Rob Falconer releases a new book.