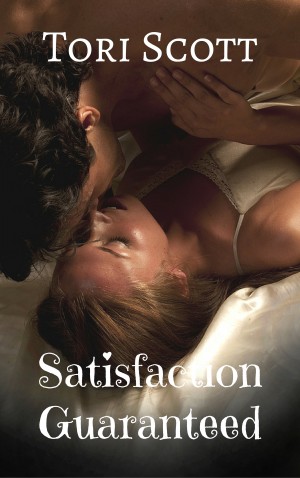 Rated 5.00/5 based on 2 reviews
Book One in the Satisfaction series.

Caramia Kensington makes a living setting up seduction scenes for rich playboys. Imagine her surprise when her current customer turns out to be her old high school flame, Grayson Montgomery. And the woman he plans to seduce is Cara. More
Book One in the Satisfaction series.

Caramia Kensington makes a living setting up seduction scenes for rich playboys. Imagine her surprise when her current customer turns out to be her old high school flame, Grayson Montgomery. And the woman he plans to seduce is Cara.

Cara refused to have sex with Gray when they were fifteen. She had plans and dreams for her life, and they didn't include risking an unplanned pregnancy. She made him a promise: if they were both still single at thirty, she'd have sex with him. And the next day is her thirtieth birthday.

Gray plans to collect on that promise Cara made back in high school. But his plans don't end with one night. Somehow he has to convince her he has staying power, that he will still be there in the morning, and for the rest of her life. Not an easy task when Cara has been left by every man in her life so far.
Available ebook formats: epub mobi pdf lrf pdb txt html
Price: $2.99 USD
Buy Add to Library Give as a Gift
How gifting works
Create Widget
Tags: romance seduction sexy series novella contemporary romance promises friends to lovers tori scott series book 1
About Tori Scott

About the Series: Satisfaction

They were best friends in high school, three couples who went their separate ways. But some things are meant to be, and love has a way of bringing people back together.

Loved it... I spicy, sweet little quick read. I enjoyed the main plot but got really into the sub plot with Reggie and Sam. Can't wait to read the next one!

I enjoyed this short novella. It has romance and sensuality, the characters are likable and it's one of those feel good type stories. Gray has loved Caramia for 15 years and the time has come for him to make her his for good. The man is darn romantic and I just want to eat him with a spoon hahaha! The sex scenes are pretty mild but I believe it is to follow the romantic feel of the story rather than jumping into hot, wild monkey sex which probably wouldn't have carried the same feel if she would have went that route. There is also a secondary romance involving Reggie and Sam, close friends of the 2 main characters. I look forward to seeing where that relationship will go and thankfully I'll be able to in the upcoming release "Perfectly Satisfied". I am hoping this next book not only walks us through Reggie and Sam's story but also wraps up the loose ends with Gray and Cara. We shall see but until then I say buy this book and sit back and enjoy ;)

You have subscribed to Smashwords Alerts new release notifications for Tori Scott.