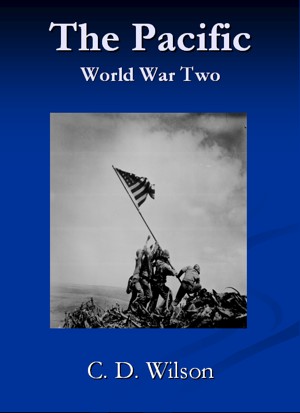 By C D Wilson
Rated 4.00/5 based on 3 reviews
Pearl Harbor, December Seventh 1941. The American Pacific Fleet is in ruins. U.S. troops surrender in late spring of 1942. American POW’S are beaten like animals by Japs on the infamous Battan Death March. Thousands are murdered with hands tied behind their backs. Some refused to surrender and they fought a successful jungle guerilla war for the next three years. This is their story. More
Wendell Fertig is a true WW2 American hero who deserved the Medal of Honor. Please look him up on Wikipedia.

The Pacific, World War 2 novel is historical fiction, loosely based upon American guerrillas who refused to surrender, when the Philippines fell in 1942.

Pearl Harbor, December 7 1941. The American Pacific Fleet is in ruins. U.S. troops surrender in late spring of 1942. Japs beat American POW’S like animals on the infamous Battan Death March. The Japs murdered thousands of the POWS. Some US soldiers refused to surrender and they fought a successful jungle guerilla war for the next three years. This is their story.

to see the true story of America’s soldiers mistreated by the Japanese in WW2.

They retreated into the jungle, gathering Filipino men and woman to form a Guerilla Army. As a group, they made lightening attacks on the Japanese Imperial Army. By V.J (Victory in Japan) day, 1945 they had killed over 6,600 Jap troops wounding thousands more. They fought their own style of warfare, without remorse, but those who survived came out mentally or physically scarred for life.

The powerful impact of the horrors of war takes you there as though you were fighting along side these heroes. They experience ultimate victory, yet death, horrific injuries and torture awaited some of them. Their youth was lost as they did things beyond their wildest nightmares to fight an unrelenting, sadistic Japanese enemy.

This novel shows American patriots, whose love of country galvanized them to do remarkable deeds; it is a tribute, well deserved.

Maxwell was a very angry man, so obsessed with hatred, he could snarl at himself. He needed to release it, so he volunteered for every patrol. On each patrol, he would share the names of five men butchered during the sinking of the Hell Ship. He still had his files; he had taken from the Hell Ship.

After an attack, he would go around to the wounded Japs saying; “This is for Sergeant Charlie Frank from California, you helped murder on the Sinyo Maru”. Then he would cut out one of the Jap’s eyes. After, he would go to the next Jap and say the name of the next man on his list. The Japs would scream in terror for mothers, many of them pissed themselves as he slowly moved the bloodied knife from one Jap’s eyeball to the next Jap’s eyeball. He left them one good eye so they could share each comrade’s pain while drowning in agony of torment and suffering. Then he would go around the circle once again to each one and slit their throats.
****
“The Japanese Army conquered parts of China in the 1930’s. They took the capital city of Nanking in 1937, murdering over 500,000 Chinese POW and non-combatants in the worst atrocity of the Pacific War. They took the POW, tied them to poles, and used them for bayonet practice. The idea was to give the greenhorn Jap soldiers the first taste for blood. Then, they would decapitate them and display the heads on bayonets as though they had a trophy.

Sometimes they got jollies by tying the soldiers up, pouring gasoline on them and setting them on fire. Next, they went after the women and little girls, they gang raped over 50,000, killing most of them. Some of the girls, under the age of ten, so badly damaged by continuous rape, had hips dislocated, so they could not walk.
*****
The remaining guards herded one-hundred and fifty Army and Marine POW into a tunneled air raid shelter; they poured gasoline from several 45-gallon cans into the shelter, and then set the shelter on fire. The men in the front became screaming human torches, forcing those of us at the back to the end of the shelter. We could not breathe. Some tried to escape out the front entrance. Only to be machined gunned by Jap guards.

I spent the last several winters in Florida and have become friends with many American Veterans of World War Two, Korea, and Vietnam.
We spent relaxing afternoons, having drinks, discussing their stories, which have become the basis of my novels.
The Pacific, World War 2
The Battle of Bloody Ridge,
Vietnam, the Medal of Honor
To Hell and Back
The novels follow the O’Brien family from New York City through three generations from 1939 to the present. The O’Brien’s are a family that defends America.

The Pacific, World War Two
Pearl Harbor, December Seventh 1941. The American Pacific Fleet is in ruins. U.S. troops surrender in late spring of 1942. American POW’S are beaten like animals by Japs on the infamous Battan Death March. Thousands are murdered with hands tied behind their backs. Some refused to surrender and they fought a successful jungle guerilla war for the next three years. This is their story. 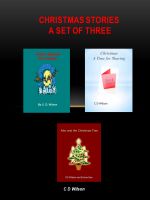 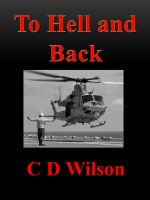 Enjoyed it very much! A thrilling and action packed tale of war by C D Wilson. A well-written story of family closeness and loyalty to one another. What a bonus to find a 22% off coupon at the end of the book for the next one The Korean War. Will definitely download it.

What a great story! Very emotional! The author kept my interest from start to finish. There is a lot of action and excitement through out the book. The battles came to life on the screen. Liam and Conner, the O’Brian brothers are real American heroes. It would make a very entertaining movie. I am looking forward to reading The Korean War and rest of the books in the series.

This guy claims to be a retired college professor, however, he has no grammatical skills whatsoever. Many misspelled words and no or misplaced punctuation. Sure glad I didn't have him in college. Doesn't know the difference in there, their and they're; of and off; were, we're and where. How did he finish high school much less college and become a college professor. Except for this his tales make good reading but don't buy all his books. Just buy "Sacrifice and Remembrance" as all the rest are included, word for word, in this one book.

You have subscribed to alerts for C D Wilson.

You have been added to C D Wilson's favorite list.

You can also sign-up to receive email notifications whenever C D Wilson releases a new book.