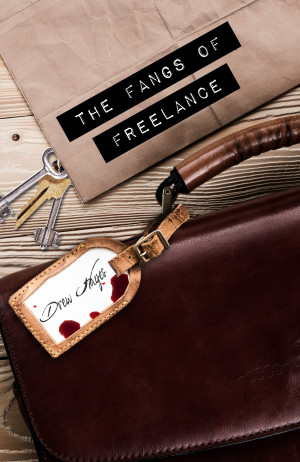 The Fangs of Freelance

By Drew Hayes
The fourth book in the hilarious series following Fred, the vampire accountant, and the misadventures he finds himself in. More
When Fred formed his own parahuman clan out of necessity, he understood that it was going to come with new responsibilities. Much as he hoped those tasks would center around extra paperwork and perhaps the occasional mandatory class, enough time around the supernatural has taught him to be ready for anything. Or so he thought.

As a freelance accountant for the Agency, Fred soon finds himself being tossed into new, unexpected, and perilous situations. From inventorying ghostly castles, to exploring unsettling amusement parks, to negotiating with dangerous mages, it seems there is no end to the uses for an accountant of Fred’s specialty. But dangerous as the new jobs are, the greatest threat may come from the past. An old enemy is making waves once more, an enemy who would go to great lengths to destroy Fred and everyone he loves. And this time, they’ve brought backup.

Drew Hayes is an aspiring author from Texas who has written several books and found the gumption to publish a few (so far). He graduated from Texas Tech with a B.A. in English, because evidently he’s not familiar with what the term “employable” means. Drew has been called one of the most profound, prolific, and talented authors of his generation, but a table full of drunks will say almost anything when offered a round of free shots. Drew feels kind of like a D-bag writing about himself in the third person like this. He does appreciate that you’re still reading, though.

Drew would like to sit down and have a beer with you. Or a cocktail. He’s not here to judge your preferences. Drew is terrible at being serious, and has no real idea what a snippet biography is meant to convey anyway. Drew thinks you are awesome just the way you are. That part, he meant. Drew is off to go high-five random people, because who doesn’t love a good high-five? No one, that’s who.

You have subscribed to alerts for Drew Hayes.

You have been added to Drew Hayes's favorite list.

You can also sign-up to receive email notifications whenever Drew Hayes releases a new book.