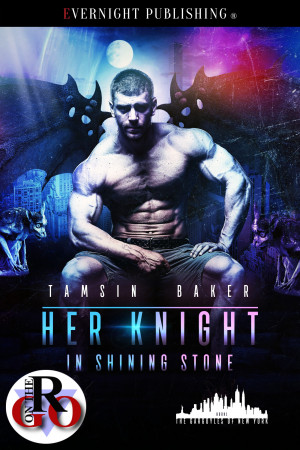 Her Knight in Shining Stone

Christiana is a waitress in a dead end life. One night a man with silver eyes and the most incredible aura, walks into her restaurant and changes her life. She is thrown into a world with paranormal creatures she doesn’t understand, and a bond that is impossible to break.

When the rogues come to destroy Roman and his brothers while defenseless and sleeping, will Christiana reach inside herself to protect the man she’s come to love?

You have subscribed to alerts for Tamsin Baker.

You have been added to Tamsin Baker's favorite list.

You can also sign-up to receive email notifications whenever Tamsin Baker releases a new book.