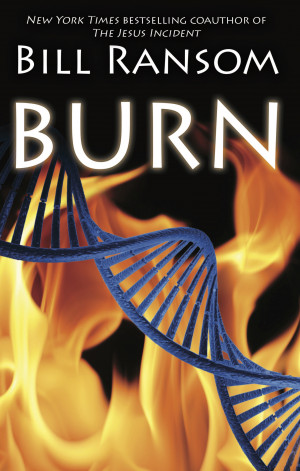 From 1965 to 1970 Ransom worked as an expeditor on a Quick Engine Change team, building and repairing military and commercial jet engines. He studied American Minority Literature and Old and Middle English on an NDEA Title IV fellowship at the University of Nevada, Reno, then began a pilot project with the Poetry in the Schools program in Washington state. He received his MA in English from Utah State University. He founded and directed the popular Port Townsend Writers Conference for Centrum and appeared in two feature films: An Officer and a Gentleman and The Caine Mutiny Court-Martial (CBS).

He was a firefighter, firefighting basic training instructor, and CPR instructor for six years; and an Advanced Life Support Emergency Medical Technician for ten years in Jefferson County, Washington. He volunteers with humanitarian groups in Central America.

Ransom has published six novels, six poetry collections, numerous short stories and articles. Learning the Ropes (Utah State University Press), a collection of poetry, short fiction and essays, was billed as "a creative autobiography." Three of his short stories from this collection have been selections of the PEN/NEA Syndicated Fiction Project, often called "The Pulitzer Prize of the Short Story": "Uncle Hungry," "What Elena Said" and "Learning the Ropes." These appeared in the Sunday magazine editions of major newspapers around the country.

His poetry has been nominated for both the Pulitzer Prize and the National Book Award.

His most recent novel is Burn (Ace, 1995), a sequel to ViraVax (Ace, 1993). Recent poetry is in Puerto del Sol, Spillway and Petroglyph. Jaguar, a 1990 Ace paperback, came out on the internet via Alexandria Digital Literature in 1999, and was the first novel to outstrip short stories for the bestseller slot. Jaguar remained on the bestseller list from January through June, 2000, and is now available at fictionwise.com; Wildside Press re-released it as a physical book in 2001. With Richard Landerman, he wrote screenplays of his novels Jaguar, ViraVax and Burn.

Bill Ransom has a daughter and three grandchildren and he is currently Academic Dean of Curriculum at The Evergreen State College in Olympia, Washington.

You have subscribed to alerts for Bill Ransom.

You have been added to Bill Ransom's favorite list.

You can also sign-up to receive email notifications whenever Bill Ransom releases a new book.