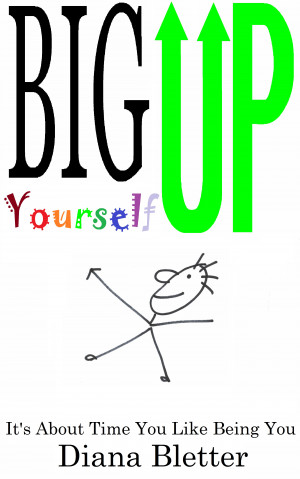 Big Up Yourself: It's About Time You Like Being You

Diana Bletter’s writing appears in The New York Times, The International Herald Tribune, The Huffington Post, tabletmag.com, and other publications. She is the First Prize winner of Family Circle Magazine’s 2011 Fiction Contest, and her novel, The Witches’ Secret, was a semi-finalist in Amazon’s 2009 Breakout Novel Award. Her stories have appeared in The North American Review, The Reading Room and Watchword. Her first book, The Invisible Thread: A Portrait of Jewish American Women, with photographs by Lori Grinker, was nominated for a National Jewish Book Award. Her memoir, The Mom Who Took Off On her Motorcycle, has just been published. "A spellbinding read," wrote Jeffrey Moussaieff Masson, author of The Assault on Truth and Why Elephants Weep. 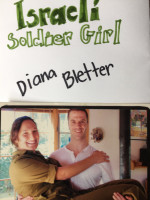 Reviews of Big Up Yourself: It's About Time You Like Being You by Diana Bletter

You have subscribed to Smashwords Alerts new release notifications for Diana Bletter.

You have been added to Diana Bletter's favorite list.

You can also sign-up to receive email notifications whenever Diana Bletter releases a new book.