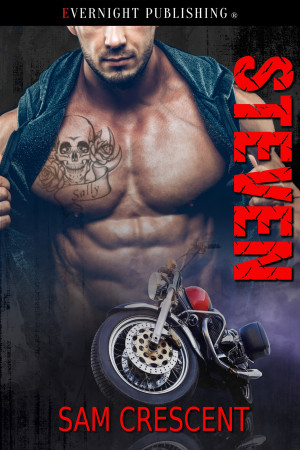 When Sally’s best friend, Drew, makes his intentions known, she knows there’s no competition. She’s always loved Steven, starting from her girlish crush at fifteen, now to full-blown love as a woman.

Neither Sally nor Steven can deny their attraction. It’s there, always close to the surface, and Steven can’t take not having her. But can Drew prove that he’s the one for Sally? Can she bring herself to break Drew’s heart? And what will Sally do when she realizes her past is coming back to haunt her, and that it was Steven who opened the door?
Available ebook formats: epub mobi pdf lrf pdb txt html
First 10% Sample: epub mobi (Kindle) lrf more Online Reader
pdb
Price: $4.99 USD
Buy Add to Library Give as a Gift
How gifting works
Create Widget
Tags: romance erotic suspense contemporary older man bikers maydecember motorcycle club mc romance
About Sam Crescent
Read Sam Crescent's Smashwords Interview
Learn more about Sam Crescent

Also in Series: The Skulls