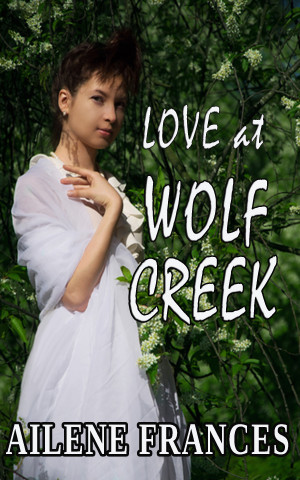 Will he find her in time to save her from such a wicked fate? And.... Will they be able to survive the dangers that threaten them, grow to love each other, and move past it all for a happy life together?

Here's what readers are saying about this New Adult, Steamy Historical Western Romance...

"I really liked this one. A spunky female who doesn't know how unusual she really is. A man with a past that keeps him away from all the things her parents want for her and a lie. Things go from bad to worse and she has to go hunting. Interesting premise..... Any book I don't want to put down gets 5 stars from me."

"This was a really sweet historical romance..... The characters were really engaging and I loved getting to know each and every one. I felt like a real part of the book and was sad it ended. It ended perfectly though, with a very happily ever after for all of the characters."

"It was such an entertaining read for a Wild West style romance. I recommend reading it."

Ailene Frances lives in upstate New York. An avid reader of most genres, when she writes, she prefers to unleash the incurable romantic in her and create both historical and contemporary romance. She invariably has a love affair with at least one of her characters in every story she writes.

Ailene Frances also writes as Eileen Sheehan for paranormal romances and I enjoy both styles. "Love at Wolf Creek" is an historical western romance that starts out in Louisiana during the post civil war era. Still at a time when sons and daughters were used as tools for family progression Pauline, the daughter of a meat packing and exporter who is in financial trouble, is offered in marriage to the owner of their biggest Texas cattle supplier. The twist comes with the fact that Pauline's father is misguided as to who the real owner of the ranch is, so the guy gets to act as the hired help come to fetch her while he sees if she's someone he really wants to marry. The story really takes off when Pauline runs away to avoid marrying the man they think owns the ranch because she's fallen in love with the guy who came to fetch her. Filled with action, drama, steamy love scenes, and a few laughs... I highly recommend this novel.

You have subscribed to alerts for Ailene Frances.

You have been added to Ailene Frances's favorite list.

You can also sign-up to receive email notifications whenever Ailene Frances releases a new book.