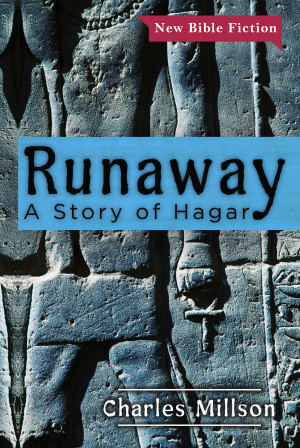 Runaway: A Story of Hagar

Charles Millson is a lifelong southerner. He is a teacher, minister, and advocate in a small town in middle Tennessee. After teaching in the Memphis, Tennessee area for over a decade, Millson turned his attention and talents to ministry in Romania and Costa Rica. He is also the author of More Than Rubies, a Bible workbook that looks at the lessons we can learn from the lives of some of the lesser-known women of the Hebrew Scriptures. He has also published a book of poetry, has been published in The Old Hickory Review, and has been a contributor to People’s World. His sports writing has been featured on such blogs as Rivals.com, where he was a managing editor, and on Bleacher Report. His ministry has taken him to work in the inner-city with low income housing, and currently he heads a nonprofit food bank in his small town. He can be heard weekly on a one hour radio talk-show called Westmoreland Wednesdays on WTNK out of Hartsville, Tennessee. In addition, Millson is a minister at a church in Westmoreland, Tennessee. He is the father of one son, Shawn, and he enjoys spending time with his English bulldog, Bucky.

Reviews of Runaway: A Story of Hagar by Charles Millson

You have subscribed to alerts for Charles Millson.

You have been added to Charles Millson's favorite list.

You can also sign-up to receive email notifications whenever Charles Millson releases a new book.