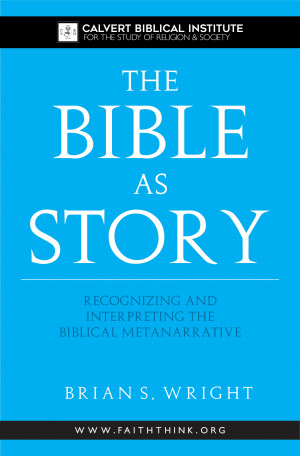 The Bible as Story: ​Recognizing and Interpreting the Biblical Metanarrative

Brian Wright is, above all else, a follower of Jesus, a husband, and father. In addition, as a biblical scholar and author, he has spent two decades investigating the Ancient Near Eastern languages, cultures, and history that birthed Judaism and Christianity. He holds a Master of Religious Education in Middle Eastern Studies from The American Institute of Holy Land Studies, has studied sociology and religion at Oxford Graduate School, and is completing a Ph.D. in Biblical Studies at Trinity Theological Seminary. Following this, he intends further post-graduate and doctoral study in Semitic languages, biblical interpretation, and sociology of religion.

In addition to numerous articles and blog contributions, his published works include:

Blood & Seed: What Is The Eden Story Really Telling Us?
What the Biblical Text Actually Says About Speaking in Tongues
The Great Yet Completely Misunderstood Commission of Jesus
What the Text Says: Perspectives on Hermeneutics and the Interpretation of Texts
The Bible as Story: Recognizing and Interpreting the Biblical Metanarrative
The Calvert Bible Study Journal​

You have subscribed to alerts for Brian Wright.

You have been added to Brian Wright's favorite list.

You can also sign-up to receive email notifications whenever Brian Wright releases a new book.