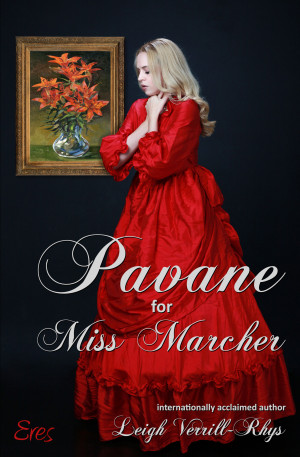 Cathryn Marcher is not the giddy, giggling girl with high ideals she was before the war. The woman who waited for Rupert Smith’s safe return has no doubt she isn’t the reason he has finally come home. The haunted expression on his handsome face reminds her of the outcome, the horror and suffering of war she saw close at hand, all those years ago, in the faces of soldiers she nursed in Boston.

Captain Smith and Miss Marcher share a love of music but Cathryn must hide her disappointment when Rupert chooses to sing in harmony with the widow, Mrs. Miller, whom the residents of Oslo Hill believe will be his bride.

A native of Paris Hill, Maine, Leigh spent most of her childhood and early adult years in San Francisco. She has been a writer, editor and lecturer for most of her life, intermingled with career portfolios in marketing, finance and community arts projects.

An award-winning editor and best-selling author, she has published three volumes of women’s autobiographical writing about their lives in Wales and during World War II. She is a member of Romance Writers of America, the Welsh Academy, Authors Guild and several RWA chapters. Her serial novel, NIGHTS BEFORE, told in a series of short stories, begins with the story, "Twas the Night Before New Year."

Her debut novel, WAIT A LONELY LIFETIME, was published by Avalon Books in April 2012 and is now available from Amazon’s Montlake imprint as a paperback and ebook. Her second novel, SALSA DANCING WITH PTERODACTYLS (2nd Edition) was released on March 23, 2014. The final story of Leigh's serial novel (six installments) NIGHTS BEFORE, 'TWAS THE NIGHT BEFORE CHRISTMAS EVE, was released in December 2013.

Leigh admits to running with scissors and leaping before she looks.