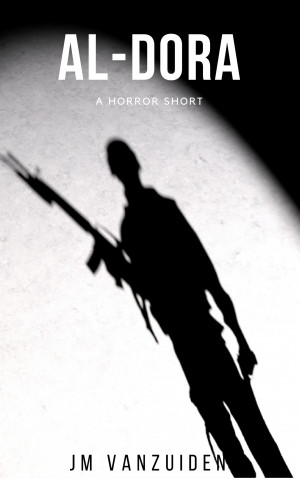 The wall shuttered from the impact. Tiny bits of gravel and the gritty dust of central Iraq leap from the ground in a single, simultaneous bound. My brain hardly notices the tiny projectiles penetrating the flesh of my right arm and leg. Instead, it reels from the concussion and attempts in vain to calculate the placement of my body in regards to the earth.
Crashing to the ground, even the impact only mildly registers as I struggle desperately to regain my wits and bearing. Through the ringing in my ears to the spinning world before me, I nearly forget where I am and even who I am.
Time stands still as I somehow struggle to my knees and begin crawling, almost blindly, toward the remains of the wall I was huddled against. I am so dazed and disoriented from the blast that my movements are more involuntary; some part of my mind has taken control in an attempt to save itself.
Attempting to regain a position in space and time, my brain replays the events of the morning…
Download: epub mobi (Kindle) pdf more Online Reader
lrf pdb txt
Price: Free! USD
Add to Library
Create Widget
Tags: short story iraq war baghdad insurgency alqaeda unexpected ending war thriller war horror aldora iraq war story
About JM VanZuiden

JM VanZuiden was born and raised in northern Illinois in a small town on the Mississippi River. After two years attending a local community college, JM joined the US Army at age 21. After being stationed at Fort Hood, Texas for three years, he was deployed with the US Army’s 1st Cavalry Division to Iraq in 2004 for Operation Iraqi Freedom. His experiences as a combat soldier have greatly impacted not only his writing style, but his world view.

JM now resides in Springfield Illinois with his amazing wife of seventeen years and four children. He now works as a Veterans Service Officer, helping his fellow Veterans, and enjoys expressing himself through his writings, primarily horror and fantasy short stories.

You have subscribed to Smashwords Alerts new release notifications for JM VanZuiden.

You have been added to JM VanZuiden's favorite list.

You can also sign-up to receive email notifications whenever JM VanZuiden releases a new book.