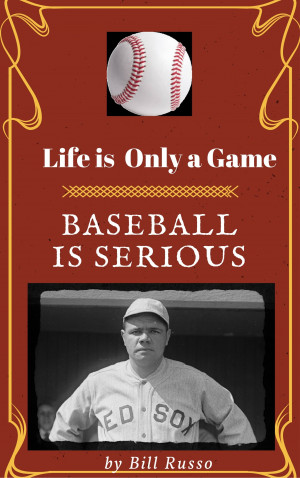 Life is Only a Game Baseball is Serious

Bill Russo had lived in an area of Massachusetts called the Bridgewater Triangle for many years and never knew that it was said to be inhabited by scary swamp creatures until he met one. It happened on a midnight walk. Years later, two film producers read his blog about it and featured him and his story in their documentary, The Bridgewater Triangle. He also was approached by Discovery channel producers and was featured in the opening segment of Monsters and Mysteries in America - Season two, Episode two.

Among his work, are two anthologies featuring the Bridgewater Triangle Universe. One is strictly fiction and the other contains his account of meeting the swamp creature - plus other stories from New England.

As a disc jockey, he was the first person to play and promote the trucking classic "Tombstone Every Mile". He counted as a friend, the first man to cross the musical color line, in a 1940s Jazz Band. The "Human Jukebox", who opened for both Elvis and Roy Orbison, was a neighbor of his. Stories of these and other artists are included in "Crossing the Musical Color Line".

Bill's background for writing comes from a Boston education at the venerable white shirt & tie, Huntington School for Boys. He followed that up with a study of journalism, music, and broadcasting at the famed Kenmore Square institution, Grahm Jr. College, where he said he learned more about music from an African American gentleman who was the school's janitor, than he ever could in a classroom. He introduced me to Gloria Lynne, Bill said. Years after he learned of her, she had a mega hit with I Wish You Love.

One of Grahm's well known graduates was performance artist Andy Kaufman who created his Taxi TV character Latka while at Grahm. Andy also claimed he learned Transcendental Meditation at Grahm, although it was not taught there. But who knows? It could be true. Bill Russo learned music from the Janitor. Maybe someone in bookkeeping was a guru and gave Andy the secrets of TM.

At various times during his career, Russo was a New England Newspaper Editor, a Disc Jockey, and a Radio newswriter and newscaster for a number of stations. He also has had stints as an iron worker, and a low level manager for a major mail order clothing retailer.

One of his favorite jobs was partnering with Bill Barry, the inventor of a jewelry polish called Clear Bright n Shiny. The 'Bills' as they called themselves toured New England selling the cleaning product in demo shows in BJ's Wholesale Clubs.

Long before the TV program Shark Tank, they auditioned for a late night TV infomercial company and beat out a huge number of other entrepreneurs for a chance to have the product pitched on late night TV.

The highlight of that competition, Bill said, was that we got to sit in Billy Mays chair! And some people said we were better at pitching than Billy himself." The late Billy Mays was a highly paid pitchman for dozens of products featured on televised infomercials. 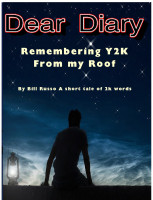 You have subscribed to alerts for Bill Russo.

You have been added to Bill Russo's favorite list.

You can also sign-up to receive email notifications whenever Bill Russo releases a new book.