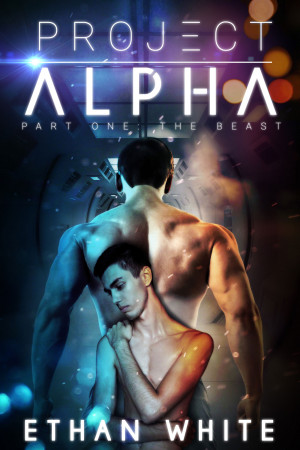 Project Alpha — Part One: The Beast

Kent Jamison is a Facility scientist who has a few qualms about the experiment that’s to be performed on subject Tommy Crane but has no choice but to watch as years of research culminate in Tommy’s transformation from a shy, bashful twink into something much, much more. More
Kent Jamison is a scientist at the Facility and part of a secret research project aimed at developing a revolutionary serum that could improve living standards and extend lifespans significantly, as well as create the perfect soldier, but he has a few qualms about the experiment that is about to be performed on Tommy Crane, today’s subject, and the only volunteer to the program.

The program has so far only seen fatal rejections of the serum in all its test subjects, and having grown rather fond of Tommy, Kent is apprehensive for his safety. Although Tommy miraculously survives the procedure, Kent’s fears remain as he finds that the shy, bashful twink he’d grown attached to has become much, much more.

Ethan White is a college student in his early 20's, biding his time 'til graduation, and hoping that he'll end up with more time to do what he loves: writing. Ethan has been a kinkster for as long as he can remember, but being a sheltered boy, he didn't really get much of a chance to explore his sexuality. Pup play was one of the first kinks that really caught his eye. Something about that headspace just appealed to him. At the tender age of 18, when most boys love to diddle themselves and thoroughly enjoy their joysticks, Ethan wasn't much different, but he discovered chastity, and the moment he could do something about it, he locked himself up and loved it. He really lacked in proper experience, though, until he met Master Dominic who became his handler and gave him the pup name Echo. Master Dominic is also his keyholder, and it doesn't seem like he'll be let out any time soon.

About the Series: Project ALPHA

Reviews of Project Alpha — Part One: The Beast by Ethan White

You have subscribed to Smashwords Alerts new release notifications for Ethan White.

You have been added to Ethan White's favorite list.

You can also sign-up to receive email notifications whenever Ethan White releases a new book.