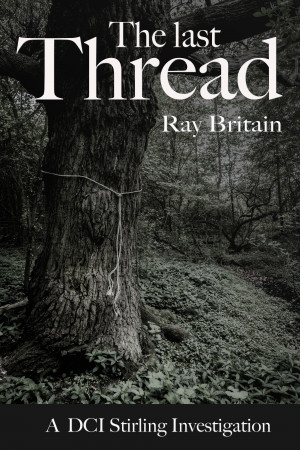 Ray Britain's debut novel, 'The Last Thread' published on 17th September, 2017. Ray's policing career encompassed uniform and investigative roles, but investigating crime and the camaraderie of investigators remained his first love. As a Senior Investigating Officer (SIO) Ray led specialist investigations and was also a Hostage & Crisis Intervention Negotiator - a voluntary role - attending hostage situations, many firearms incidents and numerous suicide interventions, not all of which ended happily.
Ray's specialist responsibilities took him to India, Australia, Europe and elsewhere, and he received several Commendations for his work. On leaving the service he worked with the Government's Home Office, the Serious Fraud Office and with the Economic Crime Directorate of the City of London Police.
A Francophile, Ray's interests include mountain walking, skiing, yoga, rugby, theatre, Dad dancing, and sailing.
'Forgotten Lives', the follow-on DCI Stirling investigation is expected to be published late 2020.
For more information, please visit: http://www.raybritain.com/