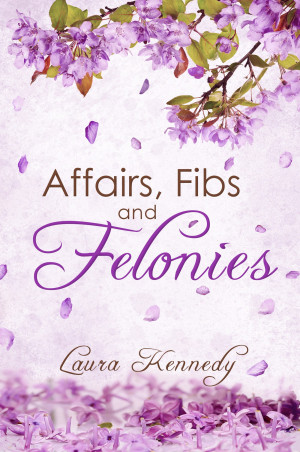 Restless, she returns to college where she meets hunky Greek pre-med student, Nick Diamandis. Friendship morphs into an affair when Barbie retaliates after husband, Bud, betrays her by tearing down her gazebo.

Life becomes stickier when a friend risks losing her waterfront mobile home to developers and asks for Barbie’s help. But good intentions can lead to you-know-where, and Barbie concludes a triumphant protest march in jail.

More trouble is just around the bayou when Barbie unwittingly becomes mixed up in a crime scene and police suspect her of being involved. Can things possibly get worse for Barbie?
(formerly titled The Breeding of Lilacs)

Price: $3.99
$2.00 USD
Buy with coupon Use the code SSW50 at checkout for 50% off during our site-wide promotion!
(Offer good through July 31, 2020 )
Have a better coupon?
Add to cart, then apply your coupon
Add to Library Give as a Gift
How gifting works
Create Widget
Tags: friends family success florida affair college husband lie mainstream novel
About Laura Kennedy

LAURA KENNEDY lives in Tarpon Springs, a Greek sponge fishing town on the West Coast of Florida. She grew up in Minneapolis where her mother was a romance writer who helped her father support the family. By the time she was twenty-two, she lived in Southern California, was married, had a baby, and was broke, the perfect Petri dish for the beginning of a writing career. Encouraged by her mother’s writing success, Laura borrowed her mother’s portable typewriter on which she concocted her first story that sold for the staggering sum of $225.

You have subscribed to alerts for Laura Kennedy.

You have been added to Laura Kennedy's favorite list.

You can also sign-up to receive email notifications whenever Laura Kennedy releases a new book.