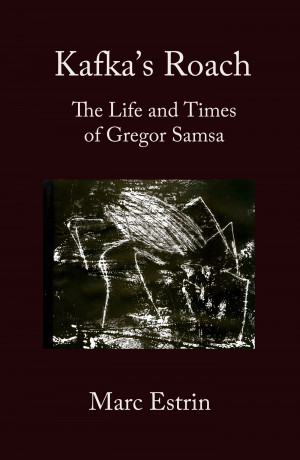 Kafka's Roach: The Life and Times of Gregor Samsa

In Kafka’s Roach, Estrin (along with the Samsa’s housemaid) has rescued Gregor from his dusty death under a couch in Prague, schooled him at a Viennese sideshow, and impelled him over the Atlantic to take a crucial role in American history in the twenties, thirties and forties.

Gregor (six feet tall, and an ever-improving speaker of English) becomes part of FDR’s brain trust, living in the White House kitchen until he is sent out to Los Alamos as the risk manager for the Manhattan Project. His life ends under the bomb tower at the Trinity test, melted into the New Mexico sands.

Price: $4.99 USD
Buy Add to Library Give as a Gift
How gifting works
Create Widget

You have subscribed to alerts for Marc Estrin.

You have been added to Marc Estrin's favorite list.

You can also sign-up to receive email notifications whenever Marc Estrin releases a new book.