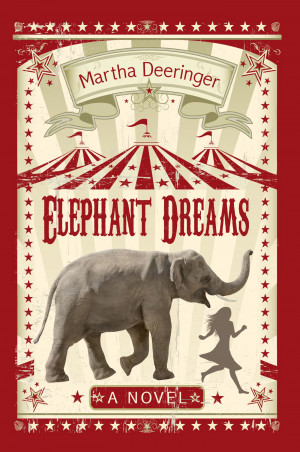 By Martha Deeringer
New York City street urchin Fiona Finn escapes the squalor of the basement of a condemned tenement and travels west on an Orphan Train, but Fiona’s alcoholic father, enraged because she won’t support him by selling herself on the street, follows. In Houston, Fiona flees the train and survives a terrifying incident with a circus elephant, which leads to an unexpected future. More
Desperate to escape her squalid life on the streets of New York City, sixteen year-old Fiona Finn seeks help at the magnificent Church of the Ascension where Charles Loring Brace, a social reformer horrified by the plight of New York City’s street children, arranges for her to go west aboard an Orphan Train. Fiona’s homeless, alcoholic father has other plans, however. He wants Fiona to “work” the streets to support his drinking and pursues her across the midwest until she is forced to abandon the train in Houston to avoid a sheriff bent on returning her to her father. Alone in the dark on the Texas prairie, Fiona’s terrifying experience with a circus elephant, Bolivar, sets the stage for a future she could never have imagined.

Price: $4.99
$2.50 USD
Buy with coupon Use the code SSW50 at checkout for 50% off during our site-wide promotion!
(Offer good through July 31, 2020 )
Have a better coupon?
Add to cart, then apply your coupon
Add to Library Give as a Gift
How gifting works
Create Widget
Tags: texas alcoholism runaway teen new york city escape orphan train orphans homeless children
About Martha Deeringer

Martha Deeringer writes for children and adults from the back porch of her home on a central Texas cattle ranch where she lives with her husband, two grown children and an assortment of grandchildren. Her history articles and personal essays have graced the pages of many regional and national magazines. Martha loves kids, horses, dogs, books, gardening and chocolate chip pizza. Occasionally she has embarrassed her grandchildren by writing magazine articles about them.

You have subscribed to alerts for Martha Deeringer.

You have been added to Martha Deeringer's favorite list.

You can also sign-up to receive email notifications whenever Martha Deeringer releases a new book.