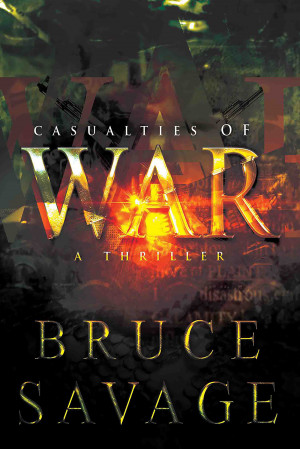 By Bruce Savage
To save the world from a pandemic outbreak that will kill every human on Earth Special Agent Thomas Dewitt must put aside his burning desire for revenge for the murder of his wife by the terrorist that conspired to spread the pandemic and find and stop the most notorious terrorist the world has ever known before it's too late. More
In a small village in Iraq surrounded by miles of endless desert a meeting is taking place. The world's most wanted terrorist known as The Ghost is meeting with one of the worlds most ruthless drug lords. A meeting that will hand over a weapon of mass destruction the world has never seen before. A virus so powerful that it kills in seconds and spreads like wildfire. The Ghost has plans for this weapon. Plans that include revenge against America and its allies for the death of his wife and family during the Gulf War.

A team of special forces soldiers are ambushed while doing surveillance on the meeting and one of them is used as a Guinea pig and videotaped so that the whole world will see what is to come and the horrifying power of the virus. A message is sent to America. This is what's waiting for you and the rest of the world if you don't leave the middle east immediately.

In Portland, Maine Special Agent Dewitt is celebrating with his wife after receiving his long-awaited promotion with the FBI and finding out that he will be a father. Him and his wife head up north for a little vacation time only to head straight into tragedy that will send Thomas off on a path that he cannot leave. A path for revenge against a bank robber that killed his wife and unborn child. A bank robber that has been working with and funding terrorist with his gains from other robberies. The love of Thomas's life is buried and his hunt for justice begins.

Outside of Boston, Mass an abandoned truck is found with the driver in the trailer. His throat cut and only a few clues as to who did it. Homeland Security Agent Charlie White is assigned to the case and picks up the scent of terrorist that have been smuggled into the country. For what reason? What is their mission? They are soon to find out at a baseball game in a small town in Kansas as the first of many terrorist strikes injecting themselves with the virus and infecting the population. The area is quarantined. The population is dead within an hour. Fear begins to trickle through the rest of the world as the first message and video from The Ghost is broadcast. The Casualties of War have begun and the Ghost has no intention of stopping. It's up to Thomas and Charlie to find him and put an end to his reign of terror before it's too late.

Bruce Savage was born in Lewiston, Maine in 1967, the youngest son of 16 brother’s and sisters to Winfield Strout and Blanche Strout. He published his first successful work when he was 10 years old in Boy’s Life magazine. The publication paid him $1 for a joke he wrote. So excited about his accomplishment and seeing his name published he pursued the art of writing for the next 40 years. In 1984 he enlisted in the United States Army and served his country in Germany. In 1999 he graduated from Columbia Southern University with a Bachelor’s in Computer Science and Information Systems. He held several positions with several fortune 500 companies until 2002 when he dove head first and full-time into the world of writing and publishing. Since then he has produced 11 novels and counting. Casualties of War was his first novel followed by Psycho.

He is currently working on many other novels that will be available soon as well as the screenplay for Russian Games. He currently lives in Florida and the Philippines with his wife Julie and his daughter. He frequently enjoys making donations and contributions to ending poverty and supporting those less fortunate and he is an avid animal rights supporter. 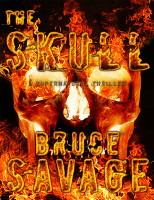 You have subscribed to alerts for Bruce Savage.

You have been added to Bruce Savage's favorite list.

You can also sign-up to receive email notifications whenever Bruce Savage releases a new book.