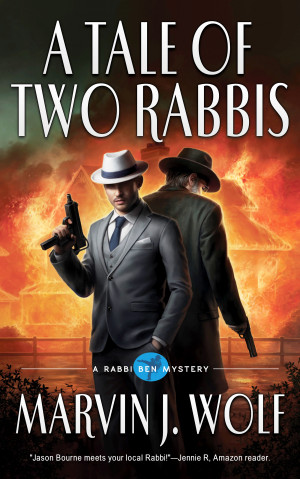 A Tale of Two Rabbis

Sifting through the clues of Geltkern’s disappearance, Ben discovers unusual goings-on at the synagogue. Papers are missing, a mysterious motion-detection camera alerts someone far away when the building is occupied, and a night intruder visits the premises. When Bernstein is found dead in his office, his files stripped bare, Ben knows he’s touched a nerve. The more Ben uncovers, the less it makes sense—until he begins to suspect that perhaps Geltkern isn’t really a rabbi. Using Talmudic logic and dodging several attempts on his life. Ben pieces together the puzzle, and comes up with millions of reasons why someone would want him out of the picture. With the help of a bowling alley’s oversexed accountant hoping to score a strike with our red-haired hero, Ben unravels an elaborate plot that goes back to Sanok, Poland on the eve of World War II, and beyond. It is a far, far better thing that he does, than he has ever done.
Available ebook formats: epub pdf lrf pdb txt html
First 20% Sample: epub lrf pdb Online Reader
Price: $3.99 USD
Buy Add to Library Give as a Gift
How gifting works
Create Widget
Tags: murder mystery jewish rabbi pittsburgh mob connection fraud case real estate swindle
About Marvin J. Wolf

I began my career in the media as a U.S. Army combat photographer in Vietnam. Assigned to a public information section, I soon saw that writing was an important adjunct to my photo work. In Vietnam I worked for Charles Siler, one of the finest officers ever to serve his country, and had the great good fortune to meet and become friends with some of the world's greatest reporters and photographers, including Nobel laureate author John Steinbeck, Jonathan Fenby, Peter Arnett, Horst Faas, and many others. These men were generous with their time and wisdom and helped put me on the path to becoming a writer.

As I made the transition from magazine writing to longer forms, I was encouraged to specialize but found that I was interested in so many things that I found it impossible to choose only one. Instead I became a frequent collaborator, helping such notables as Native American leader Russell Means and former South Vietnam Prime Minister Nguyen Cao Ky with their autobiographies. I also developed an appreciation for suspense and intrigue that inevitably led me to write about crime. About 2001 I took a segue into film, and had a short but interesting career writing for television. That helped me to create a character that I've put into the Rabbi Ben Mysteries. The first of these books, "For Whom The Shofar Blows," debuted on Amazon.com in November 2011. Thanks for visiting this page, and remember that habitual readers are smarter and have more well-rounded personalities.

About the Series: The Rabbi Ben Mysteries

Meet Rabbi Ben, master of Torah, Talmud and Taekwondo, kick-ass computer whiz and a quick study on the dark side of human nature. A knight errant and roving troubleshooter, Ben’s clientele invite him into situations where police are unwelcome and discretion is paramount. Young, single and handsome—in a short, redheaded way—divorcees and unhappy wives scheme to coax Rabbi Ben into their beds. Ben fends off their not unwanted advances; he harbors many secrets that he'd just as soon not reveal.

Follow Rabbi Ben in his debut, FOR WHOM THE SHOFAR BLOWS, followed by A SCRIBE DIES IN BROOKLYN and A TALE OF TWO RABBIS. Look for the fourth Rabbi Ben Mystery with the forthcoming BRIDE OF FINKELSTEIN! 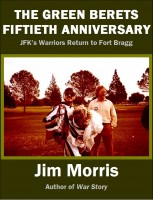 Reviews of A Tale of Two Rabbis by Marvin J. Wolf

You have subscribed to alerts for Marvin J. Wolf.

You have been added to Marvin J. Wolf's favorite list.

You can also sign-up to receive email notifications whenever Marvin J. Wolf releases a new book.