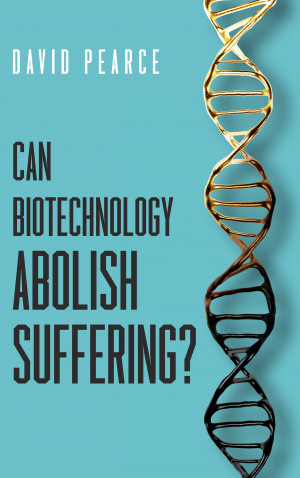 David Pearce is a British philosopher who promotes the idea that there exists a strong ethical imperative for humans to work towards the abolition of suffering in all sentient life. His book-length internet manifesto 'The Hedonistic Imperative' outlines how technologies such as genetic engineering and nanotechnology could potentially converge to eliminate all forms of unpleasant experience among human and non-human animals, replacing suffering with gradients of well-being, a project he refers to as "paradise engineering". A transhumanist and a vegan, Pearce believes that we have a responsibility not only to avoid cruelty to animals within human society but also to redesign the global ecosystem so that animals do not suffer in the wild.

Pearce co-founded Humanity+, then known as the World Transhumanist Association, and is a prominent figure in the transhumanism movement, inspiring a strain of transhumanism based on paradise engineering and ending suffering.

You have subscribed to alerts for David Pearce.

You have been added to David Pearce's favorite list.

You can also sign-up to receive email notifications whenever David Pearce releases a new book.