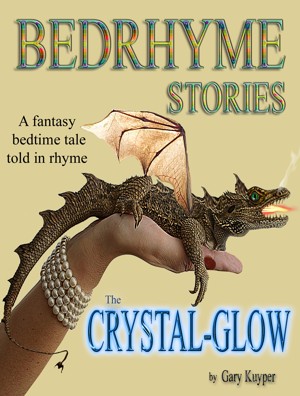 By Gary Kuyper
A group of outcasts befriend each other because normal society finds it fit to reject them. They then set out on a quest to gain possession of the crystal-glow, a unique gemstone inside the throat of an evil dragon. The crystal-glow allows the dragon to control its fire-breathing power. Remove the crystal-glow and you destroy the beast.

Gary Kuyper began his professional literary career writing self-help and general interest articles for Daan Retief Publishers who produced a monthly book for their woman’s club called Woman’s Forum. These articles would sometimes require research and had titles as diverse as The Human Brain and Body Painting!

Being a professional photographer on a part-time basis Gary has also managed to have his articles on photography (With accompanying photographs) published in books and magazines. He has also done some free-lance photography and photojournalism projects for numerous local newspapers.

Over the past four years he has constantly managed to be one of the top finalists in the Nova Short Story Competition (A competition for budding writers of science fiction and/or fantasy).
Last year (2009) Gary had the pleasure of seeing The Devil's Little Tadpoles grace the pages of the local SF & Fantasy Fanzine Probe.

He is an avid film buff and amateur film maker. A few years ago I managed to take first prize in the SA Ten Best Film Makers Competition with a short film entitled The Crimson Cobra - An action-packed martial arts / superhero movie using some of the very talented local artists.

He is a qualified prosthetics make-up artist and has used this talent on both amateur and professional productions. He has also appeared on television in a youth program especially made for enlightening people in the art of special effects make-up.

Gary has a rather excellent general knowledge being not only an avid writer but reader of any material that is able to stimulate him cerebrally.
He taught himself Adobe Photoshop and has become adapt and proficient enough at utilizing the software to such a degree that he has managed to sell a number of creations to various institutes and organizations. He is particularly fond of a logo designed for the Krazy Mug Coffee Shop and several covers that have graced the front of Probe.

Gary has a vast knowledge of music and has appeared on the local Television Music Quiz Show Note for Note where he was able to win a substantial amount of prize money.

In 2008 he entered the SF / Fantasy Mini Radio Play Competition and took first prize with his The Adventures of Captain Max Power of the Intergalactic Police - an obvious homage to the early Flash Gordon radio series’. A number of skilled professionals are now planning to produce Max to CD and have it aired on a local radio station (SAfm).

All his literary and photojournalistic accomplishments have been done on a part-time basis due to the fact that his full time career is lecturing mathematics as well as engineering science at a Technical College. Although this is a most fulfilling profession, it has long been Gary's ideal to become a full-time writer – especially of fantasy, science fiction and horror novels.

He has recently published his first full-length fantasy novel - The Chronicles of Baltrath: The DARK WIZARDS.
As a considerable amount of time and effort has been expended in building the world of Baltrath, Gary has begun work on a sequel to The Dark Wizards. 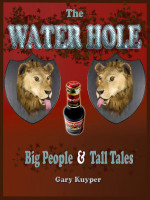 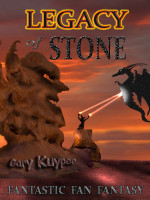 You have subscribed to alerts for Gary Kuyper.

You have been added to Gary Kuyper's favorite list.

You can also sign-up to receive email notifications whenever Gary Kuyper releases a new book.