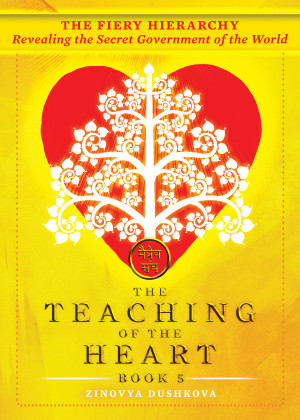 The Fiery Hierarchy: Revealing the Secret Government of the World

By Zinovya Dushkova
Learn about the true Leaders that stand at the helm of our planet More
All the peoples of the world have preserved myths and legends about a secret government which rules everything invisibly, making the most important decisions for humanity according to the just Laws of the Cosmos.

This world government is Shambhala the Resplendent, headed by the Great Lord, who was once known all over the world as Prester John, a mysterious king of the East. Although this hidden government has little in common with earthly regimes, it still offered its help to leaders of different countries often. The acceptance of this higher assistance would bring these countries unprecedented flourishing, while its rejection would result in their inevitable decline.

So what does the Hierarchy of Light, this biblical Jacob’s Ladder connecting the Earth and Heaven, represent? According to what laws does it rule in the Universe and on our planet? And how can you become a colleague of the Hierarchy?

In Book 5 of The Teaching of the Heart series, the Lord of Love and Compassion, the Supreme Head of the Hierarchy on our planet, will tell you about the Teachers who guide life on the Earth and oppose the forces of darkness. He will help you comprehend one of the most fundamental and immutable laws of all creation: the Law of Hierarchy. In addition, in the book’s pages you will learn about an innermost link between the Teachers and their disciples and also how you yourself can come closer to the Hierarchy of Light and become its loyal colleague.

The clear realization of the Hierarchy of Light will enable you to accelerate your spiritual ascent and attain the Higher Leadership, which will guide and protect you in all the righteous undertakings that you do for the good of all humanity.

Zinovya Vasilyevna Dushkova, Ph.D., is a Russian author, poet, philosopher, historian, and traveller. She has been honoured with a number of awards, prizes, and commendations for her contribution to the spiritual development of society, and for excellence in the domain of scientific research into the ecology of consciousness. She is a Fellow of the European Academy of Natural Sciences and the European Scientific Society, both based in Hanover, Germany.

A seeker of ancient truths, Dr. Dushkova has always strived to find only one thing: Love. She has engaged in research in Asia, Africa, Europe, and North America for more than twenty years, acquiring the secret wisdom underlying all known religions and philosophies. On her way, lying across mountains and deserts, she has stayed at numerous sanctuaries of various peoples. These include: widely known Buddhist monasteries, following the Mahayana and Vajrayana philosophies, such as Ganden, Drepung, Sera, the famous Moru, dedicated to studying the profound mysteries of Buddhist mysticism, as well as Hindu temples of Vishnu, Shiva, Krishna, and other Saints. However, Dr. Dushkova has also stayed at remote monasteries and secret Abodes hidden in mountains, deserts, and caves in Tibet, Mongolia, Nepal, and India, which cannot be described in any detail. After all, these are the places which have preserved the oldest sacred scrolls and manuscripts, such as the secret Book of Dzyan, from which her famous predecessors in esoteric philosophy, Helena Blavatsky and Helena Roerich, obtained their own wisdom.

As a result of the rich experience of studying sacred texts and communication with wise monks and hermits, since 1997 nearly sixty works by Dr. Dushkova have been published in Russia, Ukraine, Moldova, and France. These works are all of a spiritual nature, having been recorded during her travels in the Himalayas, the Karakorum, the Nilgiri, the Gobi Desert, the Pyrenees, and beyond. They reflect a neat synthesis of science, religion, history, and philosophy. Underlying Dr. Dushkova’s poetry and prose, her fairy tales and legends, is a worldview full of wisdom and the cultural heritage of both the East and the West.

About the Series: The Teaching of the Heart

The Teaching of the Heart is the timeless Ethics of Love for the whole world. It consists of a series of books that cover a wide range of topics from everyday life to travels within the Universe, enriching the treasury of the ancient wisdom with pearls of new knowledge. The Teaching of the Heart is the result of the spiritual cooperation of the Lord of Shambhala, Maitreya, with Zinovia Dushkova, Ph.D., during 1997–1998. However, it was not received through mediumship or channeling, but was a result of the fiery experience, just as all known sacred scriptures.

Also in Series: The Teaching of the Heart

Reviews of The Fiery Hierarchy: Revealing the Secret Government of the World by Zinovya Dushkova

You can also sign-up to receive email notifications whenever Zinovya Dushkova releases a new book.