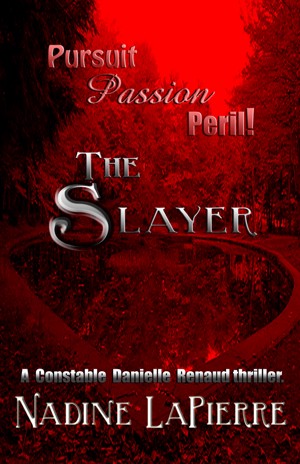 WOW! This was a brilliant book. Gripping murder mystery and characters so well written, you feel them standing next to you. Very engrossing, very thought-provoking, very, very enjoyable. Totally loved it.

Unquestionably one of the best murder mysteries I have ever read. The characters are so well drawn they feel like you know them; some of them even have you looking over your shoulder in your own home, as you go for a soda while reading.
This author did a wonderful job of creating a causal chain and laying the foundation for several completely believable suspects that even someone who usually figures out the killer in the first few chapters, like myself, keeps turning pages and wondering right up until the writer decides to reveal the truth.
And just when you think you can relax and enjoy what is sure to be a happy ending she tweaks your nose and walks away. DAMN! Now I am scurrying around hoping to find that the sequel already exists.
This is definitely an author whose work I will watch for and actively seek out.
Samantha Ruskin

I thought it would take me weeks to read this book but I just couldn't put it down. I ended up reading it in less than a week.

RCMP officer Renaud is the kind of police officer you'd want on the case if anything happened to you or a loved one. She's also very attractive physically and personality-wise so that's a bonus.

It starts off with her being loaned out to work on an unsolved homicide that has grown cold. She wants a permanent job with the unit so she is really desperate to prove herself. Things get complicated when her relationship breaks up and she begins to have feelings all over the place. She doesn't know if she's got feelings for her best friend or if she's just looking out for her when her best friend becomes interested in someone else. Is she keeping an eye on the other woman because she doesn't trust her or is she interested in her herself? That's just the romantic part.

The dialogue is superb. LaPierre is a very good writer overall but she excels at dialogue. She also excels at writing sex scenes. OMG!!! I think I'll be reading a couple of chapters over and over.

The book is extremely well researched and very well done. On the smarts scale I would give this book a 10 out of 10. It's not the kind of book that you know early on who the murderer is. I didn't know who the killer was 'til the very end. Nothing about this book is predictable yet it all makes sense. It's just a very well written book that weaves together all these things going on. When you step back you see a beautiful tapestry and you are in awe of it.

I've read some other reviews on this book and a couple of comments were made about the ending. The ending answers all your questions and satisfies you very much. You are really happy that everything ended the way it did but then in the same style that she writes many of her chapters, out of the blue there's a twist at the very last line of the book and because of that one line you can't wait to find out what happens in the next book. I thought it was a perfect ending for a series.

It is truly enjoyable to read a book that has a lot of depth not only to the characters but to the storyline as well. Even though this is the author's first published book it is obvious that she is a very seasoned and polished writer. This is the kind of story that stays with you for a long time. I am so glad that this is book one of a series because the ending definitely left me clamoring for more. What an ending!! This was one excellent read!

(reviewed 3 days after purchase)
your bookgeek reviewed on July 24, 2011

This is the debut novel by French-Canadian Nadine LaPierre - so congrats first to a good job!
Meet gorgeous RCMP Constable Danielle Renaud and her friend, Lilly Marsh a beautiful Mi’kmaq Crown attorney on their quest for the "slayer". This is a very complex story with lots of turns and a bucket full of red herrings (Halifax was a fishermen's town, right?!) and quite enjoyable.
At some points, though, it reminded me of my garden in mid-summer beautiful but in serious need of some trimming! Although I usually prefer books where the author takes her time to develop characters and plot this is a book with sometimes an over-abundance and some repetition. Still a great start for a great series - but beware the end. You might want to write hate mail to the author .
BTW this novel is a thriller and NOT for the faint of heart.

You have subscribed to alerts for Nadine LaPierre.

You have been added to Nadine LaPierre's favorite list.

You can also sign-up to receive email notifications whenever Nadine LaPierre releases a new book.