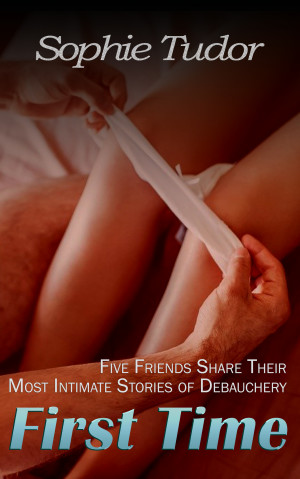 Join Claire as she recounts the events of the evening, watching and listening to the shared sexual exploits of her family and friends.

Sophie was born in London, England and grew up in a small town near the nation’s capital. An adventurous girl by nature, her curiosity knew no limits and led her to the discovery of Anais Nin in her early teens. Sexual experimentation led to a brief romance and marriage to an American who took her home with him. Despite the growth of visual stimuli, the written word creates more satisfaction with her love of Nin leading to discovering Henry Miller, the Marquis de Sade, Nicholson Baker, and many illicit works by the prolific Anonymous. One divorce later, Sophie now calls the edges of Washington DC her home while finding time to write, travel and indulge in her proclivities.

You have subscribed to alerts for Sophie Tudor.

You have been added to Sophie Tudor's favorite list.

You can also sign-up to receive email notifications whenever Sophie Tudor releases a new book.