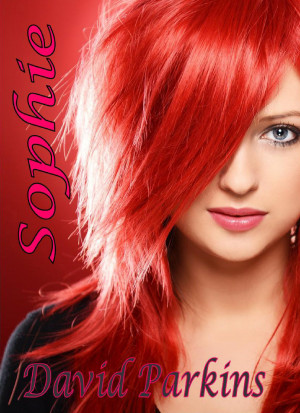 Sophie - a Death and a Life

April 2017 and red-haired Sophie is dead by her own hand. Twenty years earlier she first met Vincent in an all-night supermarket. Over time he discovers her tragic back-story, and supports her in the constant fight to be rid of her own demons. Against the beautiful backdrop of the West Wales coastline, they must now confront an intrusive presence from Sophie's past, as another waits in the wings. More
To an already long list of unpleasant and tragic events, that in recent months have been visited upon a small West Wales community, is now added yet another.
To Susanne, a local school teacher, there seems to be just too many bad things happening and she is convinced they are part of something bigger, and that much worse is still to come.
The latest event is a suicide - that of a still-beautiful forty-five year old woman with striking red hair. Her name is Sophie, and she has a heart-breaking backstory.
We follow Sophie through a twenty year period, coincident with her long-term relationship with Vincent, four years her senior, to discover how a seemingly very happy partnership could end in such tragedy.
Although essentially a modern love story, the darker undertones that run through it will have consequences beyond Sophie’s life.
This is the third book in a continuing West Wales Odyssey series, and although ‘Sophie’ is a stand-alone story, the darker elements within it – and those of the first two books, ‘Splitting Rainbows’ and ‘Broken Crockery’ will lead on into Book Four in the series.

Your Author is a sixty-something Englishman, who lives in West Wales. I pride himself on being ‘out of time’ but very much ‘in the right place’. I am also very pleased to be one of the few people left in Britain without a mobile phone!
My publicity agent has posted a not so recent picture of the myself. He has advised that anything more current would be too horrific to publish.
Splitting Rainbows, book one in the 'A West Wales Odyssey' series, was my first novel but by no means my first literary effort! These started a long, long time ago – writing poems and long letters to young women, where I did, in fact, achieve a surprising degree of success! Are all women poets? Probably not – but some definitely are!
The second book in the series, Broken Crockery, which revolves around the dinner party from hell, and the consequences that flow from it, followed very quickly, as parts of it were written concurrently with Splitting Rainbows.
I have now added book three in the series, Sophie - A Death and A Life. A love story with some hate, abuse and police brutality thrown in for good measure! Sophie is certainly the nicest character I have so far created - and my favourite!
Currently, I am working on the final book in this series, The Soul Farmer. This will pull together all of the darker undercurrents that have been running through the first three books. A friend who has read draft sections of it has said that it parachutes 'Twin Peaks' into West Wales. As an absolute devotee of all things 'Twin Peaks' and the genius that is David Lynch, I do take that as a compliment!
Publication date for The Soul Farmer should be late in 2017, though down here in West Wales we don’t do deadlines!
In the meantime, I've added two new short stories -
First up is The Spotter. This is a little story of childhood and trains, and it will surely have resonance for those of you of a certain age and inclination!
Then there is Sara and Daddy! This one is a dark little story indeed, but with romance, and some humour thrown in, just to lighten things. A salutory yarn - this one perhaps involves some inclinations that you might not want to have personally! And you thought trainspotting was something to be ashamed of? Tut tut.
My time here is divided between running a business, dreaming, writing, dreaming, listening to music, dreaming and dog walking – the latter giving me plenty of time to think despairing thoughts about the current state of the planet. I do cheer up on occasion though, mainly when listening to Leonard Cohen! Oh, and jazz.

About the Series: A West Wales Odyssey

Stories of mayhem, murder and magic - not to mention love, lust and deceit - all set in the landscape of West Wales.

You have subscribed to alerts for David Parkins.

You have been added to David Parkins's favorite list.

You can also sign-up to receive email notifications whenever David Parkins releases a new book.