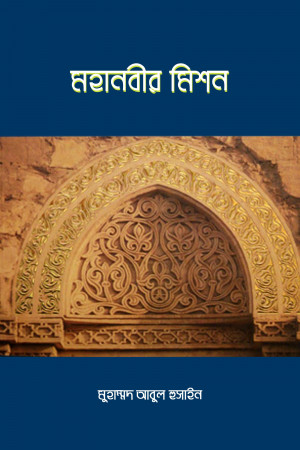 I'm Muhmmad Abul Hussain (real name Md. Abul Hossain) a freelance translator, editor and writer from Dhaka, Bangladesh.
I have obtained a bachelor and postgraduate degrees on Bengali language and literature from Dhaka College affiliated to the University of Dhaka. Then I studied Islamic Studies at a private university of Dhaka. I have also completed the basic courses on journalism from the Press Institute of Bangladesh.
In addition to read Bengali language and literature, I also love to read and write about Islam, science, technology, health and lifestyle. I also have some books on my own about these issues.
I born in Dhaka in 9th July, 1972. I’m also a sub-editor of a leading Bengali daily news paper. I love journalism and writings. I think, journalism and writing is a noble and prophetic job. Because, the aim of this profession is to unveil the truth and also warn people about the false.
I was forced to work from my student life due to the financial crisis of my family. I worked for more than 12 years in the Ibn Sina Hospital and Ibn Sina D-Lab under the Ibn Sina Trust of Dhaka. I joined the daily Sangram as a sub-editor in 2004.
I married Rahima Akter Shefali on 5 February 1999. We have three son - Bakhtiar, Ali and Rayan.

You have subscribed to alerts for Muhammad Abul Hussain.

You have been added to Muhammad Abul Hussain's favorite list.

You can also sign-up to receive email notifications whenever Muhammad Abul Hussain releases a new book.