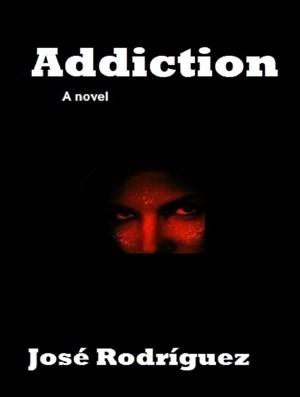 Rated 5.00/5 based on 7 reviews
An Internet porn obsession drives a common family man into divorce, the horrors of incest, and a life he had not planned for. Exiled from his former world he escapes into oblivion until years later the daughter he had abused tracks him down. The young woman has her own addictions and troubles. Father, daughter and a revolver meet and destinies change.
Available ebook formats: epub mobi pdf rtf lrf pdb txt html
First 50% Sample: epub mobi (Kindle) lrf more Online Reader
pdb
Price: $2.99 USD
Buy Add to Library Give as a Gift
How gifting works
Create Widget
Tags: hope redemption incest obsession divorce drug addiction repentance addictions abused children jose rodriguez
About Jose R. Rodriguez 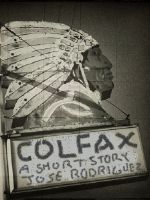 Wow! This was an intense read. Mr. Rodriguez you are an outstanding writer. I am really enjoying your books. Thanks!

I read this at 3am one night and could not put it down, such a horrible but all too common situation.

This is a fantastic novel. A little rough as far as the acts that take place? Yes, but the description says that doesn't it? If it sounds like something you couldn't read, it probably is. That's too bad though because it really is a hell of a story. The second half of the story particularly was excellent and the end was phenomenal.

i very much agree with the other reviews about how hard a read this book was... nevertheless it was good. it took me a few weeks to finish, as i had to take it in small doses, its so terrible and real to think that people are actually like this, but the story in its whole was amazing and im glad i finished it. kudos for being brave enough to write such a terror. the ending made it all worth while...

It's for real; how getting caught in the daily routine, a deviation can develop into immense suffering for our self and for others. Not an easy read, reality his hard and sickening.
I couldn't stop before the last page at 4 AM, troubled, drained and hopefully wiser about human nature...

Stars for the content, not the pleasure of reading...

Wow! I just finished reading Addiction, I feel drained and in need of a shower maybe with some comet! I agree with Virginia it is indeed a gut wrenching real life horror, I found my self compelled to continue to the end of the story to find closure. This story indeed is not for the squeamish, but if your not afraid to be taken on a wild ride through a tormented persons life, then this book is a must read. I found the writing to be real as every word sank deep. This is a sad, sick, twisted and amazing story. It's defiantly a page turner. Thank you Mr. Rodriguez for sharing!

Rating this book is hard, it is straight horror. Not scary ghost, goblins, or whodoneit killer horror. This is gut retching OMG real life horror. I thought it was about a married man who became addicted to porn on the web, it is so much than that. Yet, I could not put it down. I had to see how it ended. The writing was very conversational, like I was just "hanging out" and chatting with this guy. Occasionally this man rambling a bit, but that is just like real like. I wanted to understand why he ended up as he did. But there is no understanding. I was glad to hear (read) from another point of view later in the book. But, while I gave this book 5 stars I did so because the book is amazingly written and so distrubing I needed to know how it ended. But, under no conditions is this book meant for everyone. I am not even sure I should have read it. To be perfectly honest.