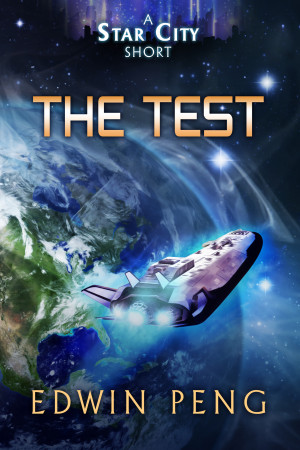 Edwin Peng lives in beautiful Lincoln, Nebraska with his beloved Pokémon buddy, Eevee. During the day, he indulges in super-villainy by performing high-power laser research at the University of Nebraska-Lincoln. At night, his secret identity is that of a literary superhero fighting to make the Young Adult Science Fiction genre less clichéd and more inclusive.

Edwin is the author of the Star City series, which features badass heroines and space aliens who love blueberry pies. The first novel and companion short stories will be released by Evolved Publishing in autumn 2017.

About the Series: Star City Shorts

Short story prequels to the STAR CITY series of YA Sci-Fi adventures.

You have subscribed to alerts for Edwin Peng.

You have been added to Edwin Peng's favorite list.

You can also sign-up to receive email notifications whenever Edwin Peng releases a new book.