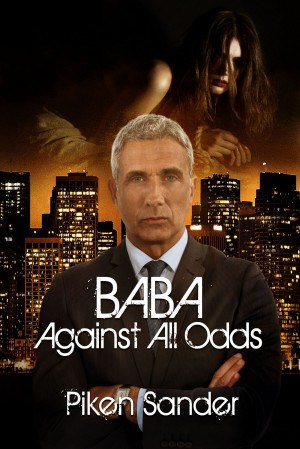 Baba - Against All Odds

With their seventh anniversary approaching, Michael decides to step away from the illegal aspects of his business so that he and Glenna can adopt. Just as Glenna learns that she is miraculously pregnant, Fate steps in, and once again, her life will radically change. Will Glenna be able to protect what is most important to them both?
Available ebook formats: epub mobi pdf lrf pdb txt html
First 5% Sample: epub mobi (Kindle) lrf more Online Reader
pdb
Price: $4.49 USD
Buy Add to Library Give as a Gift
How gifting works
Create Widget
Tags: thriller crime suspense noir piken sanders
About Piken Sander

Piken Sander lives among sprawling oak and aspen in Northern California to where she escaped from colder climes many years hence. Her randy Auntie asked her to ‘tell her a story’, demanding that there be strong women and steamy passion, and this began the writings of Piken as she crafted stories of girl meets boy, girl and boy go through the torture of life and beyond, with at the very least hopeful endings. When her Auntie passed, she left her niece a one sentence note in her will: “Now publish the damn things.” Piken’s day consists of writing and social media, and such difficult decisions as which of her dizzying array of wildly colorful pajamas she should wear on a given day. She loves a perfectly steeped cup of good tea. She has few she calls friends, but those in this cadre are cherished and fostered. A political liberal since preteens, she tolerates no racism or bigotry or inequality of any kind, especially in her stories.

You have subscribed to alerts for Piken Sander.

You have been added to Piken Sander's favorite list.

You can also sign-up to receive email notifications whenever Piken Sander releases a new book.