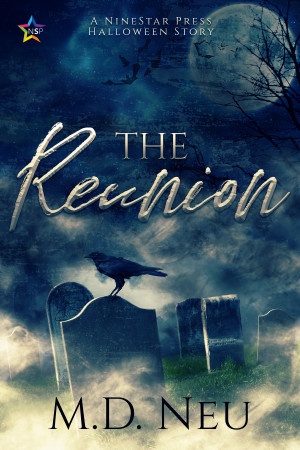 By M.D. Neu
It’s been twenty years since the quiet Midwestern town of Lakeview was struck by tragedy. But every year on the anniversary of the event Teddy returns home for ‘The Reunion’. Lakeview, like Teddy, has secrets and not all mysteries should come to light.
Available ebook formats: epub mobi pdf lrf pdb txt html
First 20% Sample: epub mobi (Kindle) lrf more Online Reader
pdb
Price: $2.99 USD
Buy Add to Library Give as a Gift
How gifting works
Create Widget
Tags: romance mystery family drama gay lgbt paranormal transgender
About M.D. Neu

M.D. Neu is a LGBTQA Fiction Writer with a love for writing and travel. Living in the heart of Silicon Valley (San Jose, California) and growing up around technology, he’s always been fascinated with what could be. Specifically drawn to Science Fiction and Paranormal television and novels, M.D. Neu was inspired by the great Gene Roddenberry, George Lucas, Stephen King, Alfred Hitchcock and Kim Stanley Robinson. An odd combination, but one that has influenced his writing.

Growing up in an accepting family as a gay man, he always wondered why there were never stories reflecting who he was. Constantly surrounded by characters that only reflected heterosexual society, M.D. Neu decided he wanted to change that. So, he took to writing, wanting to tell good stories that reflected our diverse world.

When M.D. Neu isn’t writing, he works for a non-profit and travels with his biggest supporter and his harshest critic, Eric, his husband of eighteen plus years.

Reviews of The Reunion by M.D. Neu

You have subscribed to alerts for M.D. Neu.

You have been added to M.D. Neu's favorite list.

You can also sign-up to receive email notifications whenever M.D. Neu releases a new book.