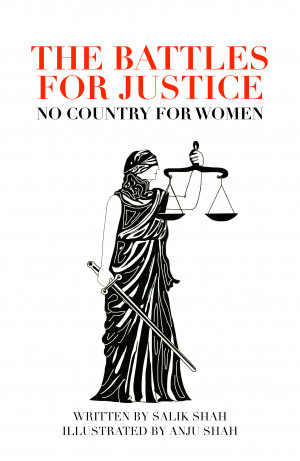 The Battles for Justice: No Country for Women

Salik Shah is a science fiction and fantasy writer, editor and film director based in New Delhi. He is the founding editor and publisher of Mithila Review, a quarterly journal of international science fiction and fantasy. His poetry, fiction and nonfiction has appeared in literary and science publications including Asimov’s Science Fiction, Strange Horizons, Open Democracy, SciDev.Net, New Myths, Vayavya, La.lit, Juggernaut, Star*Line, Eye to the Telescope, and Locus Magazine.

A former copyeditor with an American national daily, he has worked as a writer, producer, creative leader and account director with advertising and media houses in Asia, Europe and America since 2005. His bilingual poetry collection, “Khas Pidgin,” is now out.

Reviews of The Battles for Justice: No Country for Women by Salik Shah

You have subscribed to alerts for Salik Shah.

You have been added to Salik Shah's favorite list.

You can also sign-up to receive email notifications whenever Salik Shah releases a new book.