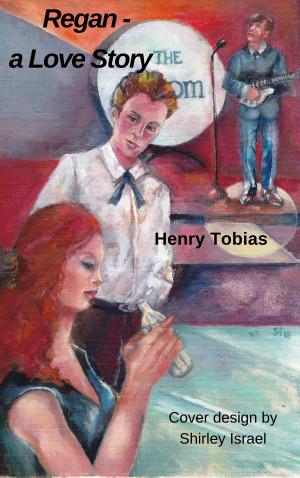 By Henry Tobias
Rated 4.50/5 based on 2 reviews
Regan - a Love Story. The narrator reminisces about true and undying love. More
'Regan - a Love Story.' A touching novella about overcoming adversity, young love, the quest for spiritual fulfilment and never-ending love. The narrator remembers the 1970s and his one and only love. Longing is tinged with humour and pathos. The story will make you laugh and cry. Taking place across two countries, the characters and situations are real. A story which could be played out again today across the globe.

Henry Tobias was born in London, England, was raised in Johannesburg, South Africa where he trained as a pharmacist. As a young boy he was a member of Zionist Youth Movements in South Africa - one of the factors which influenced his decision to live in Israel. The other influence was The Holocaust - the murder of some SIX million Jews by the Nazis and their accomplices, which included citizens of many of the nations across Europe. He has a deep love of reading, especially history, particularly of World War II, The Holocaust including The Kindertransport and Jewish history throughout the ages. Some of his favourite authors are Richard Overy, Bernard Lewis and John Toland. Now retired he writes and edits. He lives in Israel with his wife of 44 years. He has three adult children and so far one beautiful granddaughter. He has so far published one anthology of eclectic short stories, 'Just for Fun' and is currently working on his second book, an historical novel of World War II.

Love, passion, compassion, suspension ....the story has it all. Very touching.

A sweet little love story with surprising turns, written with skill and competence.

I tried to push it towards the field I wanted it to explore, but it went its own way, skirting the field.

You have subscribed to alerts for Henry Tobias.

You have been added to Henry Tobias's favorite list.

You can also sign-up to receive email notifications whenever Henry Tobias releases a new book.