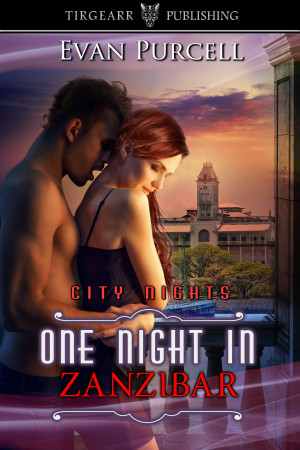 One Night in Zanzibar

Evan Purcell grew up in Bullhead City, Arizona, a rustic place sandwiched between the Colorado River and Route 66. A graduate of Arizona State University, Evan has taught English and other subjects for nearly a decade, working with schools in Arizona, South Africa, Russia, and China. He currently lives in Zhengzhou, a smoggy, crazy, amazing city in northern China. In addition to being the birthplace of Chinese kung fu, his city has some of the best noodles in the world. When he isn’t traveling, Evan tries to write stories that are at least half as romantic as the many places he’s visited.

About the Series: City Nights

Titillating tourism at your fingertips.

Reviews of One Night in Zanzibar by Evan Purcell

You have subscribed to Smashwords Alerts new release notifications for Evan Purcell.

You have been added to Evan Purcell's favorite list.

You can also sign-up to receive email notifications whenever Evan Purcell releases a new book.